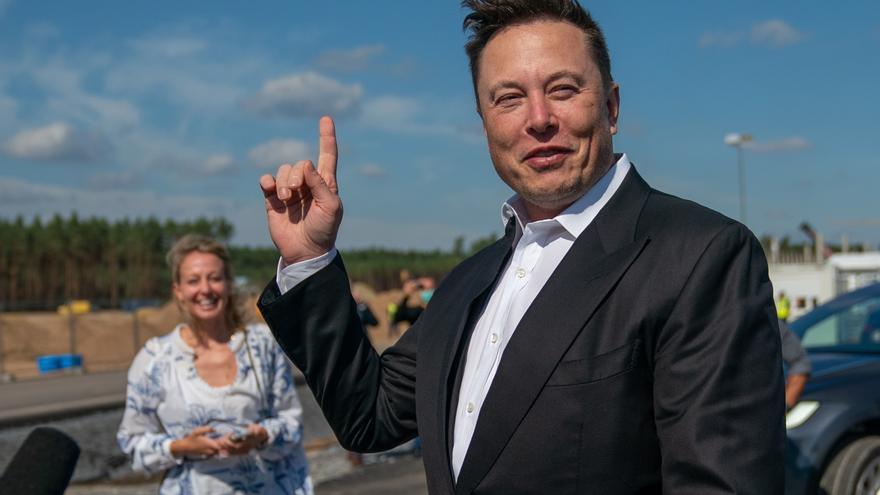 Tesla has beaten forecasts by manufacturing almost a million electric cars – an annual increase of almost double – in 2021, a year in which supply chain failures due to the pandemic have hit the motor sector around the world.

The lack of chips and batteries has been one of the biggest obstacles that the motor giants, General Motors and Ford, have had to face, which even had to close their factories for months. This problem also affected Tesla, but when the chip shortage arrived, the company led by Elon Musk, which is notable for not ordering its software from third parties and writing its own codes, used the chips that were available and rewrote the programming programs. software to work according to your needs. Something that other companies could not do, since they buy much of their software and computer programs from third-party providers.

Tesla has made school. After two years of struggling with supply chain bottlenecks due to various variants of COVID-19, other auto companies are also looking to take control of their systems. Ford and Mercedes-Benz have announced that they are hiring engineers and programmers to design their own chips and write their own software.

Another reason why Tesla stood out in 2021 − if you consider the vehicles sold worldwide, Tesla surpassed the Swedish brand Volvo and the Japanese Subaru − is that it knew how to stay one step ahead of consumers and foresaw that after the In the first months of the pandemic, the demand for cars would skyrocket again. With this forecast, Elon Musk's company had a stock with enough components to respond to the strong pull of demand.

About half of the 936,000 vehicles Tesla delivered last year came from Gigafactory 3, Tesla's factory in Shanghai. This Chinese mega workshop has surpassed the production of the one in Fremont, California. To build this factory, the US company received unprecedented political concessions and extensive government assistance from Beijing.

In its second-quarter earnings presentation last year, Tesla said it had made Shanghai its main vehicle export hub "due to strong US demand and global average cost optimization." According to local Chinese media, Tesla plans to invest more than 188 million dollars to expand its production capacity in Shanghai.

Musk, who is the world's richest man, is hugely popular in China, in part because Tesla has spread rapidly in the world's most populous country. However, Tesla is facing an increasingly difficult business environment in the Asian country lately. On the one hand, because of the pressure from its car rivals in China, but also because of the criticism it has suffered for several failures in the models. Last month the company announced that it will recall more than 475,000 cars due to problems with the rear camera and the hood of its electric vehicles.

Musk's relations with the Chinese authorities are complex and fraught with tensions and concessions. At the end of 2021, the Chinese government complained to the United Nations about the near misses its space station allegedly had with two satellites from SpaceX, a company founded by Musk, in July and October. However, this claim is more directed at the United States than at the South African company itself. Since, according to the space treaty to which both China and the United States belong, Washington is ultimately responsible for national space activities, whether carried out by governmental or non-governmental entities.

When a large part of western companies opts for turn your back on the Chinese region of Xinjiang, where according to the United Nations at least one million people belonging to the Uyghur ethnic group are held against their will and are forced to work in factories, places that Beijing calls "vocational training centers". Tesla, for its part, has chosen to go against the grain and open a showroom in the region's capital, Urumqi, on New Year's Eve. Which has drawn criticism from US trade and rights groups.