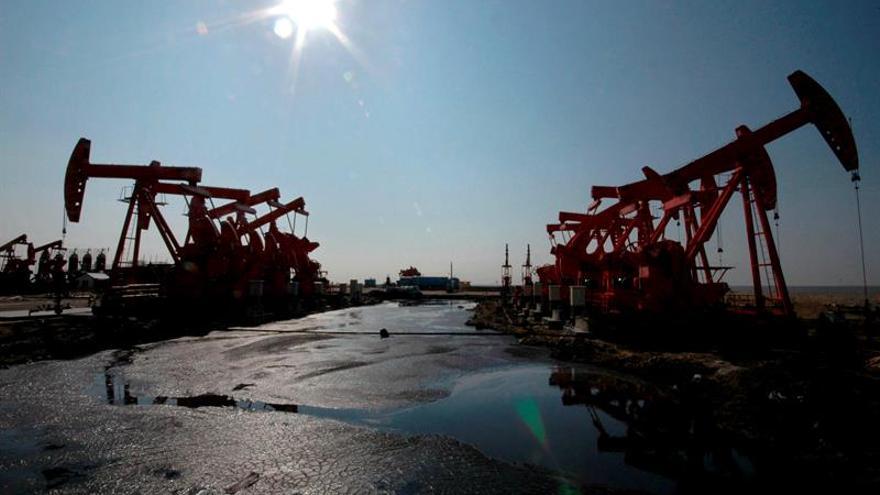 The latest draft of key text from the Glasgow climate summit has included, for the first time, ending public support for fossil fuels: oil, coal and gas. These subsidies, which totaled $ 375 billion last year, triple annually support for renewable energies and plug the energy transition towards a model that emits little CO2, the cause of climate change.

The document presented by the president of COP26, Alok Sharma, says that the convention “calls on the parties to accelerate the abandonment of fossil fuel subsidies.” This proposal has to go through the review of all delegations including the states that head the list of aid, highly concentrated in the Middle East: Kuwait, Saudi Arabia, United Arab Emirates, Qatar …

In addition to this movement, the proposed agreement puts in writing almost all the latest evidence that scientists have recently been shedding on the accelerated advance of climate change and its solution: cut more CO2 emissions from fossil fuels. But it remains much more diffuse when it comes to asking rich countries for the necessary money so that impoverished countries do not suffer more.

The presidency’s draft implies that countries make clear in the final declaration that humanity has already spent three-quarters of the extra global heat that was allowed as a margin of safety in the Paris Agreement due to “human activities.” The current working document of the negotiations “expresses alarm and concern.” This latest draft says that the CO2 margin that remains to meet the Paris Agreement (the carbon budget) “is rapidly being exhausted.”

In this section that the conferences call “mitigation”, that is to say, tackling the root of the problem appears the concept of “cutting global carbon dioxide emissions” and includes that it should be “45% in 2030 compared to the level of 2010” and reach “net zero by the middle of the century.” They have also incorporated the one that places an “emphasis” on increasing “ambition” for everything: mitigating climate change, adapting to its already inevitable effects and financing the vulnerable. There seems to be a consensus in calling the next ten years “decade review”.

It was already discounted

The point is that all this is already, more or less discounted. The calculation of cutting emissions in half in ten years was presented at the end of 2019, the deviation between the CO2 that is being released and what could be allowed to contain the warming by 1.5ºC as well as the human responsibility for the unprecedented accelerating global warming.

“We are not facing the climate emergency as it is”, analyzes the climate change coordinator at Ecologistas en Acción, Javier Andaluz. After reviewing the draft, Andaluz stresses that “things are being said that scientific bodies have already clarified, but there are not few steps forward with respect to what was already proposed in the Paris Agreement.” Andalusian does see positive that the request to end the fossil subsidies has been included. “We hope it sticks to the end.”

The director of Greenpeace International, Jennifer Morgan thinks that “the task of this conference has always been to get global warming to stay at 1.5ºC, but, with this text, world leaders are leaving it for next year. it’s the best they can do, it’s clear that young people will be furious. ”

In this sense, the text released by the presidency of the COP has added that it “notes with serious concern” that the plans recently submitted this year by the countries result in an effect contrary to the one stated above that must be pursued: Aggregate emissions will rise by 13% in 2030. The gap that shows an inconsistency between what would be agreed to be done and the action plans that have just been presented is thus noted. “We emphasize the urgent need to increase efforts to collectively reduce emissions through accelerated action,” can be read right now in the working papers.

In light of this draft, the parties have decided to create a work program to raise this ambition in mitigating climate change. Urges the parties to review and strengthen their 2030 targets in 2022 to the extent necessary to position themselves in line with the Paris Agreement. And it requests that a synthesis be made of the combined effect of the national plans each year.

In this sense, this draft also calls for a general assessment of how countries’ long-term plans (for 2050) are being developed in terms of cutting CO2 emissions and that it is already prepared for next year’s COP.

Where the conference is running aground is in getting funding to go through. It continues to urge countries to complete the fund that was already adopted in the 2015 Paris Agreement, which should have been finalized in 2020 and is not yet there. This makes vulnerable countries reluctant to accept more commitments. After all, more than 90% of CO2 emissions come from the richest half of the planet.

Analyst Jennifer Tollman explains that, in several respects, this text reflects “the maximums that have been seen in the negotiating rooms, but that reflects the enormous gap that exists between reality and what happens in the conversations.”