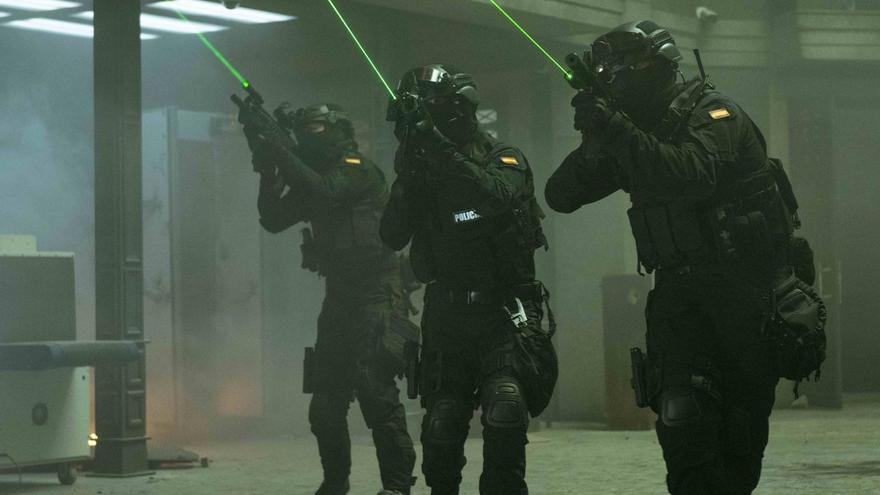 After reopening the unusual life manual ‘How to with John Wilson’ and discovering the priceless central duo of ‘The other two’, this week we can also go back to the Second World War with Sofia Helin and Kyle MacLachlan (‘Atlantic crossing’) or attend a long-awaited final fireworks (‘La casa de papel’). Below, our proposals in full.

Just awarded the International Emmy for Best Miniseries, this historical drama deals with the life of Marta from Sweden (Sofia helin, the ‘Bron / Broen’ Saga) during WWII. In 1940, the German invasion of Norway led the crown princess to seek refuge, along with her three children, in Washington DC, where President Roosevelt (Kyle MacLachlan) offered them asylum. The series hints at a possible romance between Marta and Franklin. Movistar +, from Monday, the 29th.

2. ‘All creatures great and small (T2)’, the fiction-stove

Few warmer and more comforting series on TV today than this Channel 5 ‘reboot’ of the 1978 series about the true adventures of a Yorkshire vet. After its successful first season (and corresponding Christmas special), comes the long-awaited new batch of episodes, in which James Harriot (Nicolas Ralph) rave about a job offer that would take him away from his new home and his connection to Helen (Rachel Shenton). Filmin, from Tuesday, the 30th (premiere with double episode).

Now yes, these are the last (five) chapters of a series that has crossed borders thanks, above all, to its formal impact. We already said goodbye to Tokyo (Úrsula Corberó). Now we need to know what happens to the rest of the participants in that long and explosive robbery of the Bank of Spain. No one outside of the show team has the foggiest idea (we haven’t been offered any previews to the critics), so there’s real tension. That Friday he does not leave, or he leaves late. Netflix, Friday, day 3.

In summer 2017, Tracy oliver She became the first African-American screenwriter to write a movie that grossed more than $ 100 million: ‘Girl Plan,’ a launch pad for Tiffany Haddish. Now she features ‘Harlem’, a comedy about (other) four black friends (including Grace Byers from ‘Empire’) and their ups and downs as they move into something akin to coming of age. Malcolm D. Lee (‘Girls Plan’) directs the first two chapters. Prime Video, Friday, Day 3.

This original Norwegian ‘thriller’ revolves around a not so distant future in which immigrants would arrive not only from other places, but from other times. In its second season, the ex-Viking Alfhildr (Krista Kosonen) and the most current policeman Lars (Nicolai Cleve Broch, protagonist of ‘Absolved’) meet for an investigation in which countries and times cross and on which a disturbing possibility wavers : Has Jack The Ripper traveled to our time? HBO Max, from Sunday, day 5.