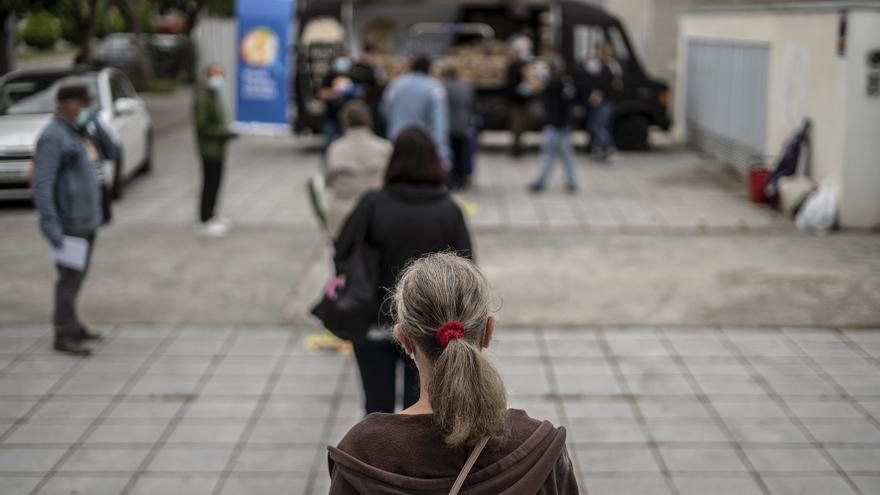 Budgets may be the measure that most affects the daily life of citizens. After a string of numbers in thousands of games, which can generate a certain distance for many, each figure conditions the resources available in health, education, pensions, dependency and other public services. The IPREM, key indicator In the access and amount of a multitude of social aid for the most vulnerable population, it is defined each year in the public accounts. In 2022 the index will increase by 2.5%, as elDiario.es has learned, which continues the path of increase that the coalition government began last year after a decade with the data practically frozen.

In a country with a high poverty rate, which reaches one in five people in Spain, and in which the pandemic has worsened the situation of those who have the least, the IPREM is fundamental and marks the lives of millions of people with limited resources. The Ministry of Social Rights insisted on the importance of a resounding rise, especially after so many years without updating, a matter that those of Ione Belarra have discussed with the Ministry of Finance, led by María Jesús Montero.

Acronym of “Public Indicator of Multiple Effects Income”, it is a reference created in 2004 that determines both the access and the amount of a multitude of aid, scholarships and subsidies at the state, regional and local level. To give three practical examples: mark the amount of the unemployment benefit and determines access to free legal assistance and whether or not a household has the right to minimum regional income such as Andalusia, among others.

Thus, the IPREM will stand at 579.02 euros per month next year from the current 564.9 euros, the equivalent of 6,948.3 euros per year in 12 payments. When the indicator is taken into account in 14 payments, as occurs in the definition of vulnerable consumer of electricity supplies, it will reach 8,106.28 euros per year.

Both the president, Pedro Sánchez, and the vice president Yolanda Díaz have affirmed these days that the 2022 Budgets will strongly boost economic growth, thanks, among other things, to the arrival of European funds for recovery, and stressed that public accounts 2022 will influence that this economic comeback is “fair.”

In the absence of knowing the increase in these benefits, the IPREM gives ideas of how their increase could be. The 2.5% increase is added to the historical 5% of last year, the highest recorded to date for this indicator, which sought to take a leap in the recovery of purchasing power lost after a decade in which the IPREM had been practically frozen. The hike finally agreed for 2022 is half of that approved last year, but it is still among the highest approved for a year in the history of the indicator.

The IPREM freeze was continuous almost every year – except one – of the Government of Mariano Rajoy, although since 2014 the recovery from the financial crisis began. The index was also immobile at the end of Zapatero’s term and at the beginning of Pedro Sánchez’s Executive (with budgets extended). The doctor in Economics and poverty expert Sara Ayllón explained to elDiario.es that the freezing of the IPREM was one of the causes of the great increase in the risk of poverty of the unemployed population in Spain in this period, which continued to rise even in years of economic recovery in which poverty decreased in other groups.

In addition to the impoverishment of those who receive aid that is calculated based on the IPREM, such as unemployment benefits or those over 52 years of age, the freezing of the indicator and the progressive increase in the SMI in recent years have caused people with limited resources, as recipients of the legal minimum wage, they will be left out of access to scholarships and public aid for having too much income. Above all, after the large increase in the SMI in 2019, which triggered the distance between both indicators.

There are many grants, both regional and local, that establish their access requirements through the IPREM, such as grants for free books or protected public housing. “What ends up happening is that being entitled to a subsidy or aid is reserved for issues of extreme poverty”, Raül Segarra warned elDiario.es, statistician of the Generalitat de Catalunya.

The 5% rise in the IPREM last year was significant, the highest on record and higher than the minimum wage (1.6% and only as of September), but the distance between the two indicators is still deep and predictable is that in 2022 it is not cut. If the union’s claim that the minimum wage is 1,000 euros as of January is fulfilled, the increase in the SMI would be 3.6% in 2022.

The PSOE and United Podemos coalition agreement included the commitment to raise the IPREM and to study “objectify the updating mechanisms”, a claim from unions and other groups to prevent this key indicator for the most vulnerable from being left to the discretion of the governments of the day. Because, as has been shown, some have cared very little.