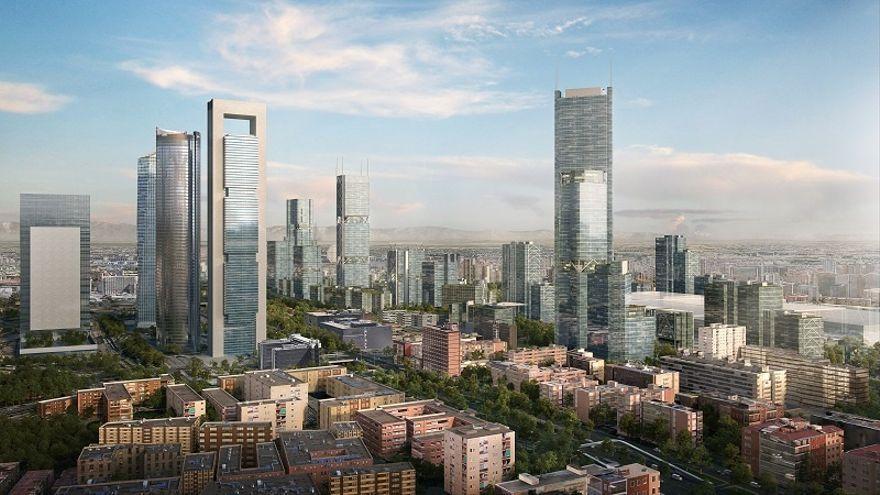 The Superior Court of Justice of Madrid (TSJM) has admitted to process the contentious-administrative appeal filed by Ecologists in Action and the Regional Federation of Neighborhood Associations of Madrid (FRAVM) against the project of Operation Chamartín, now Madrid Nuevo Norte, approved definitely by the Community of Madrid last March in a state of alarm.

Admission for processing means that a process is now being opened in which the parties involved must present allegations. Once this process has elapsed, the Court will determine if the urban macroproject is in accordance with the law or is null, as defended by the appellant organizations. “The objective of Ecologistas en Acción and FRAVM is to achieve the nullity of the project in the terms in which it has been approved because they understand that it is unnecessary, contains an oversized buildable area, does not improve the lack of endowments in neighboring neighborhoods, reduces the transfer of equipment public, contemplates green areas below the minimum allowed and eliminates two livestock routes. All this to benefit the private interest “, they assure from the associations in a statement.

Madrid Nuevo Norte will be articulated around the Chamartín train station and affects about 2.65 million square meters. The project includes the construction of 348 office buildings (60%), 11,500 homes and public facilities. During the last 26 years, the private company and the public company Adif (owner of a large part of the land) have been renewing the contract by which the public company has sold the land to a private company formed by BBVA and the construction company San José , some documents that eldiario.es published exclusively. The evolution of these contracts implies a complete transformation of the initial plan, with very different conditions from those that, at the time, the Argentaria bank – then public – obtained when it won the tender called by Renfe for this operation. It was never put out for competition again.

Now, the development of the project reaches the courts again as it happened in 2011 with the final approval carried out by Alberto Ruiz Gallardón. After an appeal similar to the current one, the Superior Court of Justice of Madrid annulled Operation Chamartín, a ruling that was ratified two years later, in 2017, by the Supreme Court.

FRAVM and Ecologistas en Acción filed an administrative appeal against the final approval agreement by the Ayuso government. Now a decree of this Court, dated September 3, admits the appeal presented, while it has requested the complete file from the Community of Madrid.

“A key issue in the project, in the opinion of both groups, is the concrete slab of 20 hectares (surface equivalent to 20 football fields) that is intended to be built on the train tracks, next to the Chamartín station, to locate green areas. This type of space must grow on the natural ground, never on a concrete slab. However, placing the concession green areas on a slab allows DCN to build more on the natural ground. That is, once the private interest of BBVA is more important than people’s quality of life “, they criticize about a part of the project, but they put more things into question: that only 20% of the homes will have some type of protection.