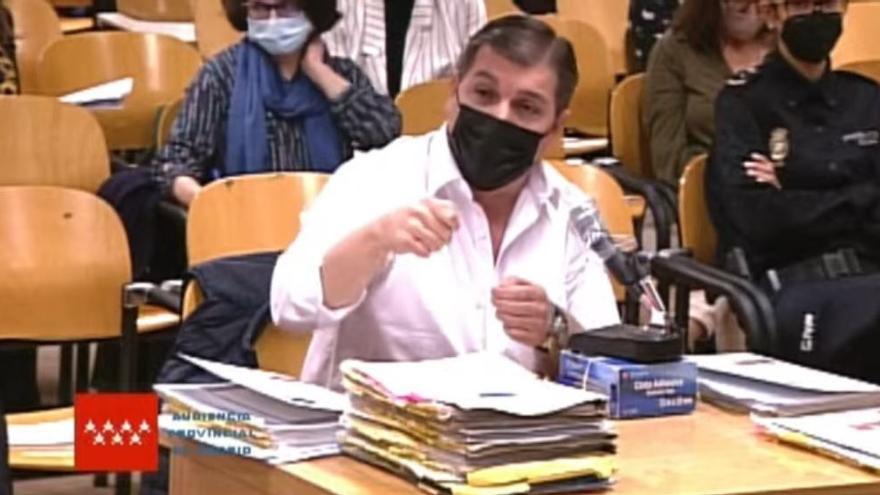 The popular jury of the trial against César Román, known as the 'King of the cachopo', has unanimously declared him guilty of a crime of homicide and another of desecration of a corpse for the death and dismemberment of his partner, Heidi Paz Bulnes, whose torso was found on August 13, 2019 in a suitcase located in one of the warehouses rented by the defendant in the Usera district.

The nine members of the popular jury have released their verdict this Tuesday after two days of deliberation and have found Roman guilty of homicide and dismemberment, after a trial that was held over fourteen sessions.

Section 26 of the Madrid Hearing will now proceed to draft the sentence based on the facts that have been declared proven and the criminal qualification requested by the accusations in the trial. In his report, the prosecutor has requested a 15-year prison sentence for homicide, with the aggravating circumstances of kinship and gender. In addition, he asked for five more months of anticipation for the desecration of the victim's corpse.

The private prosecution claims 25 years in prison for murder; three more years for Roman's habitual mistreatment of Bulnes; and another five months for desecration of the corpse. The man's defense had requested the free acquittal of his client, who during the trial had shown a defiant attitude.

The trial was left to sentence last Thursday with the last word of the businessman, who asked the members of the jury to impart justice in his verdict, citing Luther King with his phrase 'An injustice anywhere is a threat to justice of any place'.

The prosecutor believes that the facts are proven through twelve pieces of evidence that dismantle his presumption of innocence. One of them is the victim's cell phone in the possession of the accused, since the Police located him in the apartment that César Román rented in Zaragoza to hide. The terminal contained the last call made by the young woman to her partner at five in the morning and that would be her last connection.

Since 2003, the year from which data are available, 1,095 women, victims of sexist violence, have been murdered in Spain by their partners or ex-partners, and 15 so far this year.