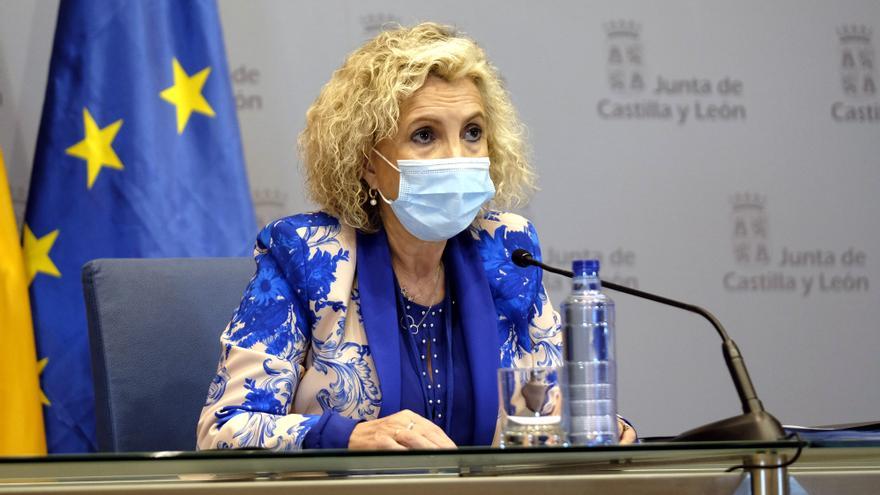 The Junta de Castilla y León has confined another municipality of Valladolid that will remain closed from this Tuesday and for 14 days, as announced in the Official Gazette of Castilla y León. It is about San Pedro de Latarce, with just over 500 inhabitants, which “presents an epidemiological situation that evidences the need to adopt preventive measures that affect the mobility and circulation of people as well as the development of various activities that, due to their characteristics, may favor the spread of the virus, in order to avoid the possible uncontrolled spread of COVID-19 and therefore contain what already seems an inescapable community transmission of the pandemic. ” According to data provided by the Board in its Transparency Portal, in San Pedro de Latarce, which belongs to the basic area of ​​Salud Mota del Marqués, the accumulated incidence in the last 14 days is 207 cases per 10,000 inhabitants.

The Ministry of Health supports its decision in the Public Health Law of 1986, in the measures agreed by the Autonomous Government in August to combat the pandemic and in the ministerial order of last September in which three indicators were established for cities of more than 100,000 inhabitants to proceed to confinement (positivity rate higher than 10%, hospital occupancy in the Community of more than 35%, and incidence of more than 500 cases per 100,000 inhabitants).

The order that has been published this Tuesday recognizes that “although it is true that the aforementioned measures affect municipalities with more than 100,000 inhabitants, it is no less so that the Ministerial Order itself leaves the Autonomous Communities, in the exercise of their powers, the ability to decide on the measures to be adopted in municipalities with a population of less than 100,000 inhabitants, so it is logical that when such municipalities present epidemiological and sanitary circumstances similar to those contained in the Ministerial Order of September 30 and that involve a situation of high risk of uncontrolled transmission in the affected municipality, the measures to be adopted by the autonomous health authority are the same as those adopted in direct execution of said Ministerial Order “.

According to the epidemiological report and the proposal of the General Directorate of Public Health, both dated October 13, 2020, Sse restricts the entry and exit of people in the municipality of San Pedro de Latarce, except for those displacements, adequately justified .

The circulation by road and roads that pass or cross the territorial scope that constitute the object of this order will be allowed as long as they have their origin and destination outside of it. The movement of residents within the affected municipality is allowed, always respecting the individual and collective protection measures established by the competent health authorities, although the population is discouraged from traveling and carrying out non-essential activities. Participation in groups of people for the development of any activity or event of a family or social nature, both on public roads and in public and private spaces, will be reduced to a maximum number of six people, except in the case of cohabitants, and Except in the case of labor and institutional activities or in the case of activities in which specific limits or measures are established.

Regarding capacity, attendance at places of worship may not exceed one third of their capacity and the minimum interpersonal distance of 1.5 meters and the use of a mask must be guaranteed in any case. Attendance at wakes is limited to a maximum of fifteen people in outdoor spaces or ten in closed spaces, whether or not they are living together. Participation in the entourage for the burial or dismissal for the cremation of the deceased person is restricted to a maximum of fifteen people, among relatives and close friends, in addition to, where appropriate, the minister of worship or similar person of the respective confession for the practice of the funeral rites of farewell to the deceased.

All establishments, commercial premises and services open to the public may not exceed fifty percent of the allowed capacity and will have the legally authorized closing time, not being able to exceed 22:00 in any case. This time limitation will not apply to pharmaceutical, medical, veterinary, automotive fuel establishments and others considered essential, understood as those that provide or perform essential and non-postponed services. Bars and restaurants will limit the capacity to fifty percent, both indoors and outdoors, not being allowed to consume at the bar. The tables or groupings of tables must keep a distance of at least 1.5 meters from the chairs assigned to the other tables or groupings of tables in order to ensure the maintenance of the proper physical distance of at least 1 , 5 meters between people seated at different tables or, where appropriate, groups of tables. The maximum occupancy will be six people per table or group of tables, and new customers cannot be admitted after 10 p.m. and the closing time will be the legally authorized one, and in no case may it exceed 11 p.m., except of home delivery services. These same capacity and schedule limitations are applicable to establishments and venues where gambling and betting activities take place.

Sports may be carried out in sports facilities, both outdoors and indoors, as long as fifty percent of the maximum allowed capacity of the facility is not exceeded indoors and sixty percent outdoors. Group sports are limited to a maximum of six people.