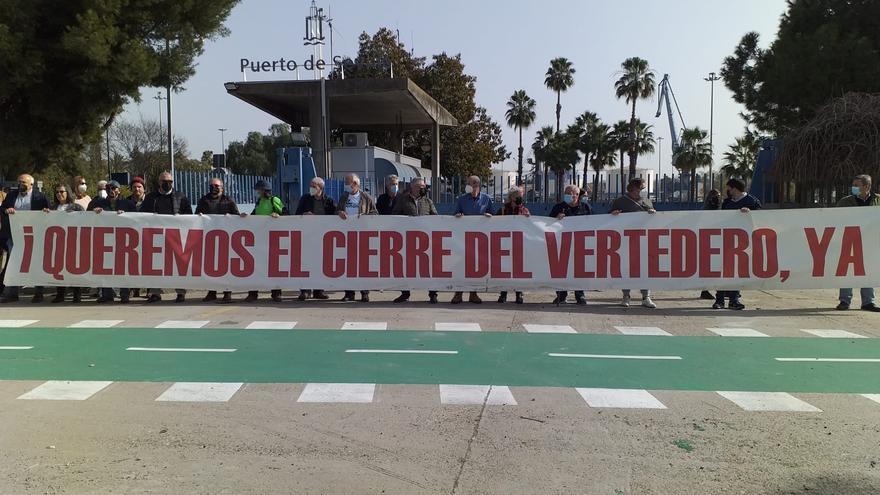 The Junta de Andalucía has claimed the government to work on an "orderly closure" of the Nerva landfill (Huelva) and has considered that the revocation of one of the permits of shipment of waste from Montenegro It shows that he "lied" because he is the one who has the possibility of authorizing or denying it.

The spokesman for Andalusian Government, Elías Bendodo, has qualified as "magnificent news" the revocation of the permit and has opined that it shows that the Executive of the nation "It is the one that has the possibility of authorizing the transfer and denying it."

He explained that the Board is "limited" to answer whether or not the landfill is authorized to collect those waste and inform if there is enough space.

He has stated that "once again the Government of Spain he is right when he corrects" and he recalled that the previous socialist Executive of the Board was the one that "expanded up to eight times" the landfill.

The Ministry for Ecological Transition (Miteco) has revoked one of the permits for the shipment of waste from Montenegro due to non-compliances in the shipment with respect to the amount of materials shipped and the ship in charge of the freight.

The revocation It is motivated by exceeding the allowed load in the last shipment and by carrying out the transfer in a ship other than those notified by the Valgo company, which has been sanctioned, according to a statement from the Ministry.