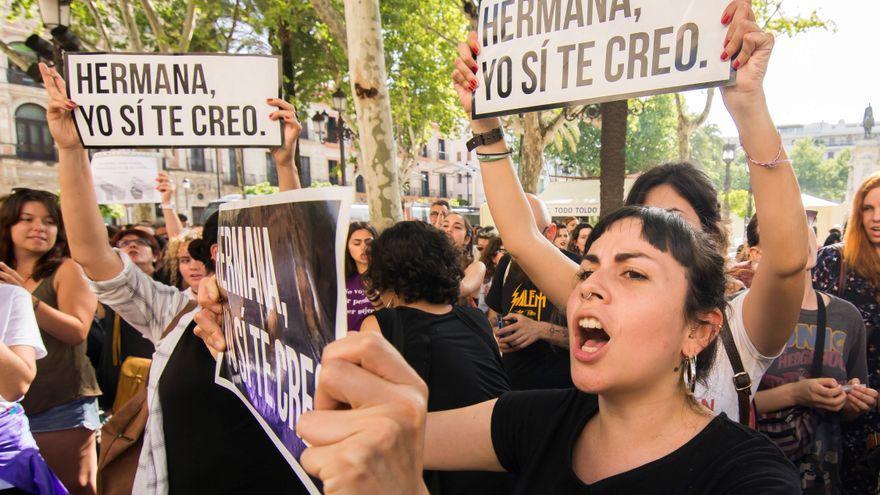 The plenary session of the acting General Council of the Judiciary (CGPJ) has unanimously approved its report on the preliminary draft of the sexual freedom law, known as the “only yes is yes law”, a critical opinion with the two key aspects of the designed text by the Ministry of Equality: the definition of consent and the elimination of sexual abuse, which are absorbed in the crime of sexual assault.

The governing body of the judges, after several extensions to study the rule and in the middle of the negotiations for its renewal, has accepted the substantial aspects of the presentation made by three of its members, the progressives Roser Bach and Pilar Sepúlveda and the conservative Juan Manuel Fernández. The report, which is mandatory but not binding, considers “unnecessary” the definition of consent that is made in the preliminary draft, according to which “it will be understood that there is no consent when the victim has not freely manifested by external, conclusive and unequivocal acts as to the concurrent circumstances their express will to participate in the act ”.

The CGPJ understands that the “problematic” issue raised by consent is probative because the definition established in the draft does not determine what circumstances give rise to it, but rather when it can be understood that there is none. And this, according to the report, may lead to a reversal of the burden of proof. That is, to the accused who end up having to prove that there was “a free demonstration, external, conclusive and unequivocal acts and an express willingness to participate in the act” when the burden of proof falls on the defense. “In this way, the rules on the burden of proof in criminal proceedings are being substantially altered, with the risk of affecting the principle of presumption of innocence,” the document maintains.

The text adds that the incorporation of a definition of consent will not avoid secondary victimization, since it will turn the interrogations towards the way in which the victim usually gives sexual consent. It also affirms that the definition contains contradictory elements by clearly admitting in its first part that the manifestation of the will can be express or tacit and requiring in its final paragraph that it be express. To eliminate this contradiction, he proposes that the precept refers to the will in no uncertain terms – as the Penal Code already does – which may be expressed expressly or tacitly.

On the other hand, it also questions the absorption of the crime of sexual abuse in that of sexual assault, one of the cornerstones of the law. The jurists believe that this wording “may have an effect of unprotection of the victims” because “for the perpetrator of the crime it will not have major consequences to use a commissive means more harmful than another of less intensity. To avoid this it would be necessary to foresee an aggravated form of aggression sexual when a particularly damaging commissive means (clearly, with violence, with threats), imposing the penalty in its upper half “.

In this sense, the idea of ​​the Organic Law of Comprehensive Guarantee of Sexual Freedom is to adapt to the Istanbul Convention, which requires that the regulation of sexual crimes is based on consent and not on other elements. Currently, for sexual assault to occur, violence and intimidation are required, while if these requirements are not met, the act is considered abuse. The new law ends with this difference, so that any act without consent will be considered sexual assault.

The main objective of the reform is to prevent a violation from being considered abuse in which there is no explicit violence or intimidation, but there is an environmental one, as happened in the first two sentences of the ‘La Manada’ case. which opened the debate on the subject. Both rulings considered that it was sexual abuse, but finally the Supreme Court ruled in July 2019 that it had been a sexual assault, considering that the attack had taken place in a “real intimidating scenario” for the victim.

The norm proposes as aggravating, and therefore, applies more penalty to the fact that the sexual assault is “preceded or accompanied” by extremely serious violence, acts that are particularly degrading or humiliating or cause harm to the victim . And it also includes an attenuated type that the judge may apply “taking into account the minor entity of the fact”, a precept that for the CGPJ “suffers from imprecision and lack of exhaustiveness” because it leaves “a very wide interpretive margin” to the magistrates. And he insists on the risk that they end up being punished “with great severity for behaviors that present a lesser degree of harm.”

For this reason, the General Council of the Judiciary proposes that the most suitable option would be to configure a precept as an attenuated autonomous type that links the “minor entity” to the sexual act and excludes its application when other aggravated circumstances concur: violence, intimidation or abuse. of a situation of superiority or vulnerability of the victim, the prevalence when the criminal act is carried out on people who are deprived of meaning or abusing their mental situation or who are carried out having the victim annulled for any reason his will.

Equality has no intention of changing the law

The report proposal also includes criticism of the legislative technique of the Equality bill, which was approved a year ago by the Council of Ministers. The preparation of the text led to one of the first clashes between the coalition government partners last year, with express disagreements between Equality and Justice.

In this sense, Equality recalled an assessment after the report was released, that the text evaluated by the CGPJ “is the product of consensus” among all ministries and has stated that its intention is not to vary the axes of the law because, according to the Government delegate against Gender Violence, Victoria Rosell, “the obligation of the Government and of the co-proponents, who are the Ministry of Equality and Justice, is to go ahead and comply with the Istanbul Convention”, which in its article 36 “It requires that sexual assaults be pivoted on consent” and not on “the commissive means” of the crime, such as violence or intimidation.

Rosell has criticized that the report goes “in a regressive sense” and has compared it with the other occasions in which the CGPJ issued opinions favorable to laws such as the Comprehensive Law against Gender Violence or equal marriage. In these cases, with One difference is that they were not voted unanimously by the plenary. However, the delegate has appealed “to prudence” because the Ministry still does not have the report in its hands, as she explained. But it has defended the cornerstone of the norm and recalled that sexual assaults continue to be carried out that receive convictions for abuse when magistrates make a restrictive interpretation of violence or intimidation.

For her part, the Minister of Defense, Margarita Robles, has affirmed that although the “political decision” corresponds to the Government, “the legal aspects of reports such as those carried out by the CGPJ can never be set aside”. “The maximum democratic normality that we have in Spain is that the bodies can issue reports and can be critical when they understand that there are government decisions that can be improved,” he assured in statements to the media, reports Irene Castro.