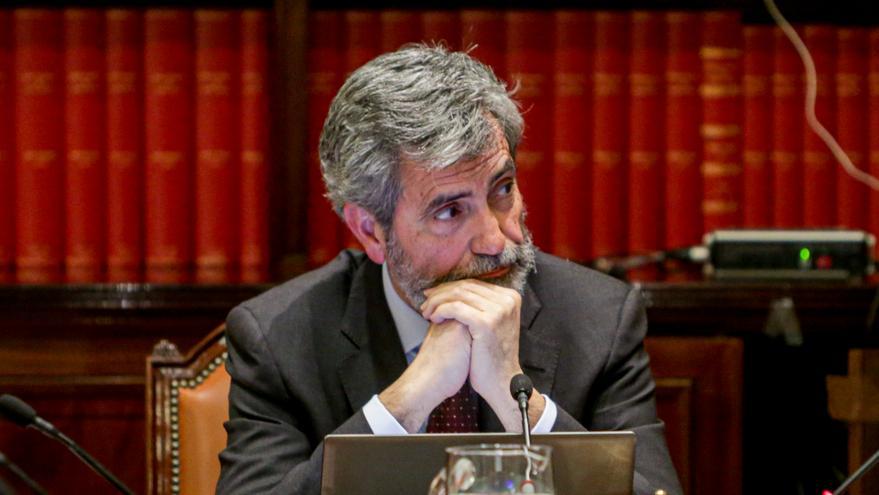 The plenary session of the General Council of the Judiciary has resolved to withdraw from the agenda the appointments of three magistrates for the Criminal Chamber of the Supreme Court and the presidencies of the Superior Court of Justice of the Canary Islands and of the Provincial Court of Ourense before the knowledge of the members of the PSOE and PP negotiate the renewal of the governing body of the judges, pending since December 2018.

In favor of withdrawing these appointments from the agenda, 16 members have voted, which are distributed among seven progressives -of these only Mar Cabrejas has opposed-, plus the one proposed by the PNV and eight other conservatives, including the president, Carlos Lesmes. They have been defeated by voting in favor of maintaining the election of the magistrates in this plenary session, Carmen Llombart, Núria Díaz, Ángeles Carmona and Wenceslao Olea, in addition to the aforementioned Cabrejas.

“The decision,” says an official note, “has been made for reasons of prudence before the confirmation of the existence of negotiations between parliamentary groups for the renewal of the governing body of the judges, whose mandate expired on December 4, 2018.” After continuing to appoint judges in sensitive positions on the grounds of the proper functioning of justice, the CGPJ decided in January to paralyze the election of more judicial positions, but President Lesmes concluded the extension after the return of confinement.

In this way, the previous plenary session of the CGPJ had approved some preliminary lists of candidates for the aforementioned positions that were not decisive – any member could propose in plenary to any of the magistrates who had been left out – but who were not exempt from controversy at the leave out, for example, the current head of the Court of Instruction number 5 of the National Court, José de la Mata, aspiring to a place in the Supreme Court.

With today’s decision, it will be the new Judicial Power, with a foreseeable progressive majority, who elects the three magistrates who will occupy the vacant positions in the Criminal Chamber of the Supreme Court, charged, among other issues, with investigating a part of the graduates, as members of the Government or the king emeritus.