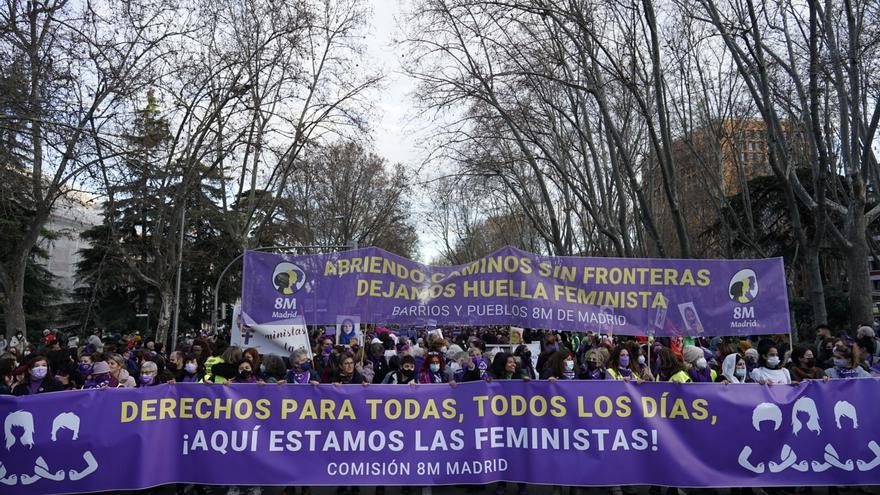 The data of the sexist violence in our country they return to the levels they had before the coronavirus pandemic. The Observatory against Domestic and Gender Violence of the General Council of the Judiciary (CGPJ) has published its annual report on the data recorded in 2021 by courts and tribunals with an increase in complaints and a slight decrease in protection measures agreed. The data also reflects the incidence that has had the new Child Protection Law, which since the middle of last year allows the visitation regime to be suspended if there is a protection order or indications that the children have witnessed or suffered sexist violence. The suspension of the visitation regime has increased by 137% compared to 2020.

This is the aspect that the Council itself considers "most significant". The change in this Child Protection Law, baptized at the time as the 'Rhodes Law', had a special impact on article 544 ter of the Criminal Procedure Law: judges could suspend the visitation regime if there was a protection order and "substantiated evidence" that the affected minors "had witnessed, suffered or lived" with sexist violence.

Those judges, as revealed by the CGPJ, suspended 847 visitation regimes in 2020 and in 2021 they were a total of 2008, which represents an increase of 137% in cases in which the Justice found risk for minors. Civil measures also increased in which the guardianship and custody of one of the parents was suspended and the sexist violence courts agreed on 212 specific measures to protect minors.

From the governing body of the judges and its Observatory, President Ángeles Carmona positively values ​​the statistics derived from the entry into force of this Law approved in the middle of last year. These data, according to their statements sent by the Council, "reveal the greater protection enjoyed by the sons and daughters of victims of sexist violence after the entry into force of the Organic Law for the Comprehensive Protection of Children". In a year in which 7 minors were killed in cases of sexist violence, says Carmona, these data are "very positive."

The rest of the statistics also reflect how, after the first year of the pandemic with strict confinement, the data on sexist violence is again close to that of 2019 in several of its parameters. For example, Justice registered 162,848 complaints, 8% more than in 2020 and very close to the 168,057 registered in 2019. The percentage of convictions stands at 75.02% last year, five points above the 2019 data and a historical maximum since there are data. More sentences have also been handed down (54,218) than in 2019 (51,790).

Another important piece of information that the CGPJ registers annually is that of the waiver, women who avail themselves of the Law to not testify against their partners or ex-partners and that in many cases translates into the file of the case before reaching trial. Last year there were 15,720 women, which represents a percentage of 9.86% in relation to the 159,352 victims registered in 2021. The waiver data represents a decrease with respect to 2020 by half a point. The data on female victims represents an increase of more than 9% compared to the 145,731 registered in 2020.