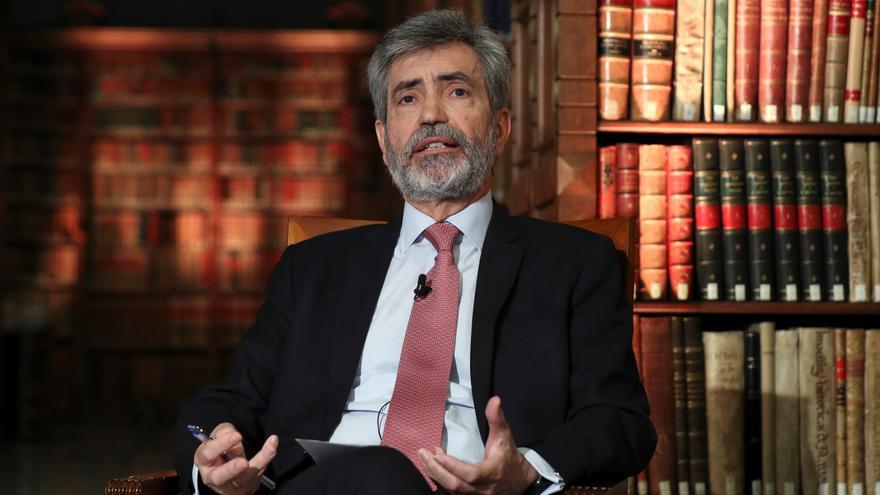 The General Council of the Judiciary (CGPJ) promotes, while in office and with a conservative majority composition inherited from the stage in which the PP ruled with an absolute majority, the renewal of eight other discretionary positions in the judicial leadership. This was agreed on Thursday by the Permanent Commission, of which the president, Carlos Lesmes, and seven other members of the total of twenty that make up the Plenary of the institution are part.

As reported by the CGPJ in a statement, the publication of the calls in the BOE occurs in all cases due to the expiration, between the months of March and June of this year, of the five-year mandate of the presidents of both the hearings provincial as well as the Social Chamber of the Balearic Supreme Court. From the publication in the BOE, a period will begin in which the candidates will have to provide documentation and will appear before the Permanent Commission, which will be in charge of choosing a list of shortlists on which the Plenary will decide. This process can take several weeks or even months.

More imminent is the award of another 13 high-level positions that, except for last minute surprise, will be addressed in the Plenary session that the institution will be held on September 30. Among the most delicate squares that the CGPJ plans to renew there are three in the Second Chamber of the Supreme Court, which ultimately examines most of the criminal cases that are tried in Spain and through which corruption cases pass.

The beginning of the interim situation in the governing body of the judges dates back to December 4, 2018, when the five-year mandate of the current Council expired. The situation has been maintained since then due to the electoral repetition and the lack of political agreement for the renewal of its twenty members, which has to be agreed by a three-fifths majority of the members of the Cortes Generales. At the head of the institution is Carlos Lesmes, elected in 2013, and who was a senior position in the governments of José María Aznar.

A Council that has nothing to do with the current composition of the Cortes Generales in charge of appointing its members – four general elections have been held since it was elected – has so far agreed the renewal of 43 high-level positions in the main courts. Twelve of them in the Supreme Court, two in the National Court, 14 in the autonomous superior courts and 15 in provincial courts. If the planned appointments become effective, this figure will rise to 64.