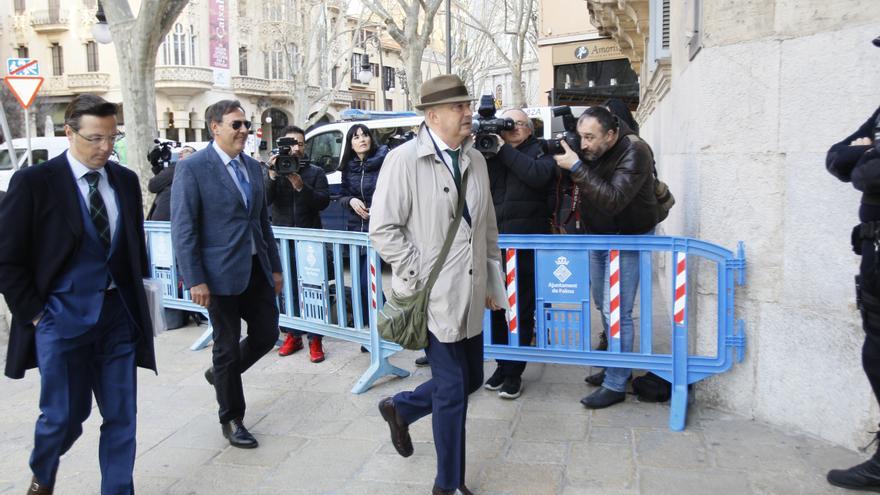 The General Council of the Judiciary (CGPJ) has agreed to retire due to “permanent incapacity for service”, in the absolute degree, to Manuel Penalva, the judge who for nearly three years investigated the alleged police network aimed at protecting the interests of the considered king of the Mallorcan night, Bartolomé Cursach. A year ago, Miguel Ángel Subirán, the prosecutor who worked side by side with him in front of these investigations, was also declared an early retirement.

This has been published this Wednesday by the Official State Gazette (BOE), which states that the decision was adopted on July 21 by the Permanent Commission of the highest body of judges. The resolution refers specifically to articles 385.2, 387 and 388 of the Organic Law of the Judiciary, which establish permanent disability as one of the requirements, along with age, for a magistrate to be eligible for retirement.

It so happens that, at present, Penalva and four members of the money laundering group of the National Police are at the doors of the bench in the framework of the case that, for more than two years, has been investigating the alleged irregularities carried out out when they were all in charge of the Cursach case. More specifically, as a result of the leaks that were allegedly carried out to the press while the proceedings were under summary secrecy as well as for not having carried out any conduct to prevent it.

Subirán was also indicted in these investigations, although last April the president of the Superior Court of Justice of the Balearic Islands (TSJIB) and instructor of the case provisionally filed the case against him after a forensic report determined that he is not in conditions to defend oneself with guarantees due to a medical incapacity.

The decision to keep Penalva and the four policemen charged solely for revealing secrets generated a cascade of resources – pending resolution – by the Prosecutor’s Office and some thirty private accusations, which demand that they also be tried for coercing witnesses, carry out illegal arrests and deliberately prolong the imprisonment of several investigated. The president of the TSJIB rejects, for his part, that Penalva sponsored such events.

Penalva took over the reins of the Cursach case on June 15, 2015, replacing the previous investigating judge in the case, Carmen González, who had just been assigned to the Provincial Court of Palma. Together with Subirán and the four whitewash members, he delved into the ins and outs of the alleged plot that, according to his thesis, the magnate Cursach would have deployed, for several decades and under the protection of police and political authorities, with the aim of keep your empire afloat.

Among other decisions taken in the framework of the case, Penalva agreed to the arrest and placement in provisional prison without bail, on March 3, 2017, of the millionaire Mallorcan businessman. However, the publication in the press of what exactly the investigations were pursuing and even the proceedings that the investigators planned to carry out was what motivated the first suspicions around the investigation and would become one of the pillars on which The investigations against Penalva and Subirán have been sustained.

The alleged pressures to which the investigators and witnesses would have been subjected while WhatsApp conversations held by Penalva and one of the key witnesses in the Cursach case came to light with indications on what and against whom he should testify, triggered all kinds of reactions that began to raise doubts about how the case had been investigated. The situation reached such an extreme that Penalva would end up being challenged and removed from the investigations in March 2018.

Raise, meanwhile, would take a leave of absence just a few months later and would be definitely removed from the investigations in October of that year. Both Penalva and Subirán cling to their innocence and defend the work they carried out at the head of the Cursach case.

Before arriving at the Court of Instruction number 12 of Palma, from where he instructed the Cursach case, Manuel Penalva, Manolo for friends and relatives, had served as a prison surveillance judge and, among other judicial bodies, passed through courts of Alicante and Inca (Mallorca).