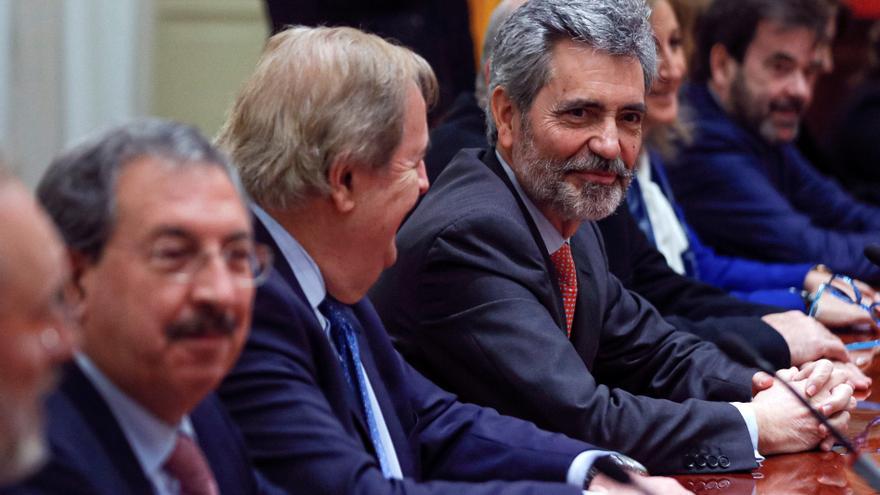 The acting General Council of the Judiciary (CGPJ) will not make key appointments to the judicial leadership in its next plenary session, scheduled for this Thursday. President Carlos Lesmes has not included on the agenda for that session the allocation of the eight seats that are ready to be awarded, including three in the Supreme Court. And neither did the approval of the report on the sexual freedom law that, after three extensions, it was also going to be studied in the plenary session of this month of February.

Although there has been no official communication, this movement is interpreted by the members consulted by elDiario.es as a response to the progress of the negotiations between the Government and the PP for the renewal of the governing body of the judges, whose mandate is extended since December 2018.

The appointment of judges to the judicial leadership is one of the key tasks of the CGPJ. Precisely this issue has been one of the points of confrontation with the Executive in recent months, since the governing body of the judges has made up to 68 discretionary appointments with expired term and with a conservative majority composition inherited from the stage in which the PP ruled with an absolute majority. The last ones, last January. The allocation of new places was scheduled in the plenary session on February 25, although the president, Carlos Lesmes, has finally decided that they should not be held.

These appointments, in principle, were to be the last before the reform was approved in March that seeks to limit their powers with the extended mandate and that has raised the tension between both powers of the State. The CGPJ, with the backing of 16 of its 21 members, accused PSOE and United We Can of breaking the “separation of powers” ​​by expressly taking away powers and both parties – through the Congressional Board, where they have a majority – answered asking for “respect” for their ability to legislate.

It is the third time that the CGPJ decides to stop appointments due to information about a possible agreement that would allow it to be renewed. The first time was in January 2020, after the constitution of the Chambers after the general elections; and the second last summer, when according to the Government there was an agreement “closed at 99%” with the PP that the conservatives broke with the argument that the pact could not advance “with the Government attacking the Headquarters of the State”, alluding to the comments of leaders of United We Can before the announcement of the abandonment of Spain of King Emeritus Juan Carlos I.

In September, in his speech at the solemn opening ceremony of the Judicial Year, Lesmes made it clear that appointments to the judicial leadership should continue to develop “normally.” “The opposite would be to breach the fundamental rule itself,” he said at the time. Since then, 25 places have been awarded. Among them, three in the Criminal Chamber of the Supreme Court, which ultimately examines most of the criminal cases that are tried in Spain and through which corruption cases pass. An agreement between the conservative majority and part of the progressive bloc placed Ángel Hurtado, the only Gürtel judge who requested the acquittal of the PP; the progressive Javier Hernández and Leopoldo Puente, a figure of consensus between both sectors.