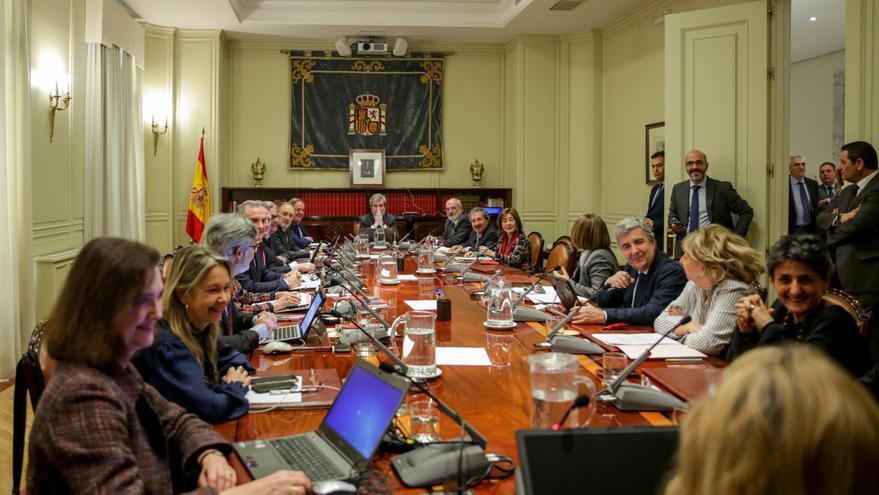 The General Council of the Judicial Power (CGPJ) has agreed this Thursday, being in office and without waiting for the negotiations for its renewal, the adjudication of another eight places in the judicial leadership. Carlos Gómez Martínez, member of the progressive Judges and Judges for Democracy, has been appointed president of the Superior Court of Justice of the Balearic Islands; while José Luis López del Moral, who was director general of Justice of the Community of Madrid with Alberto Ruiz Gallardón, has been re-elected president of the Cantabrian TSJ.

In addition, five Chamber presidencies have been awarded in the TSJ of Andalusia, Murcia, Navarra, Cantabria and Asturias and the presidency of the Provincial Court of Ourense, where Antonio Piña, associated with the conservative Professional Association of the Judiciary (APM ). In six of the eight positions there was only one candidate for the position. The appointment to the presidency of the Contentious-Administrative Chamber of the Supreme Court of Asturias, also scheduled for this Thursday, has been removed from the agenda before the Plenary.

These appointments are the result of an agreement between the conservative majority and part of the progressive bloc and have obtained the support of 19 of the 21 votes at stake: the 11 conservative members, six progressives, the one proposed by the PNV and the president of the CGPJ, Carlos Lesmes. The members Álvaro Cuesta (elected at the proposal of the PSOE) and Concepción Sáez (at the proposal of the IU) have voted blank considering that the governing body of the judges should not make appointments in this interim situation, which began in December of 2018. They have announced that they will formulate a private vote.

The governing body of judges has carried out these appointments bypassing the open path for their renewal after the Government withdrew its controversial judicial reform last week. This was one of the requirements of the PP to sit down to negotiate, which also asks that Podemos not be in those talks. At the end of last July, and before the existence of negotiations for the renewal, the majority of the Plenary voted in favor of removing the voting of several appointments from the agenda, but the president warned that in the event that the negotiation failed, the they would resume voting. On September 30 this warning was fulfilled and six places were awarded in the Supreme Court.

The beginning of the interim situation in the governing body of the judges dates back to December 4, 2018, when the five-year mandate of the current Council expired. The situation has been maintained since then due to the electoral repetition and the lack of political agreement for the renewal of its twenty members. At the head of the institution is Carlos Lesmes, elected in 2013, and who was a senior position in the governments of José María Aznar.

Since then, a Council that has nothing to do with the current composition of the Cortes Generales in charge of appointing its members – four general elections have been held since it was elected – has agreed in this interim situation the renewal of 57 high-level positions in the main courts. 18 of them in the Supreme Court, two in the National Court, 21 in the autonomous superior courts and 16 in provincial courts.

The CNMV warns about two financial “beach bars” in Spain