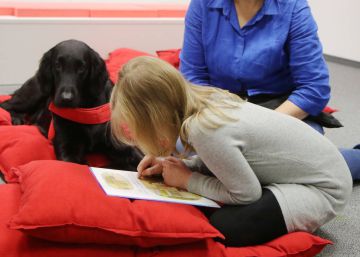 The reasons for requesting sole custody of the minors once the emotional relationship between the parents has broken can be unusual. This is the recent case of a woman who asked to end the shared custody of her daughter because she was allergic to her ex-partner’s dog. The Provincial Court (AP) of Tenerife has rejected, on the other hand, this request because, since the minor’s condition is true, it does not imply that the owner of the dog cannot have her in her company.

The ruling (whose text you can consult here) concludes that there are no reasons for the minor not to live with her other mother because, on the one hand, the pet arrived at the family home before the breakup, and, furthermore, because the allergic condition is not exclusively the dog “but other many factors that both parties must take care of ”.

Ultimately, the Tenerife court rules that the shared custody regime must continue since it has not been shown to be harmful to the girl.

The couple filed for divorce nine years after their wedding. The judge then determined that the minor should continue living with her two parents, spending a week with each of their mothers. However, one of them did not agree with this solution and appealed the sentence.

The appellant alleged that this system was harmful to the minor given the bad relationship with her ex. But, over and above these discrepancies, he insisted that the minor’s health should be protected. The girl’s allergy to her other mother’s dog discouraged her from spending two weeks a month at home. In his favor, in addition, the possibility of taking better care of his daughter, given that, due to a disability, she did not work, while his ex-partner, to whom he attributed the consumption of toxic substances, had incompatible working hours.

In summary, the woman was based on the lack of suitability of her ex-partner to take care of the minor and on the danger to the health of the girl since, due to her illness, she should not be in the company of domestic animals.

Beneficial for the minor

Is this situation compatible with the minor’s illness? This is the fundamental question that the magistrates ask themselves. Remember that there is some sentence that has considered smoking as an impediment to obtain the custody of minors. This is what happened to a father in Galicia, who saw the custody of his ten and thirteen-year-old children taken away from him because they did not have to “endure a smoky environment”.

In this case, although they admit that, according to medical reports, the girl suffers from “sensitization to dog epithelium”, they consider that it does not imply that she cannot be in the company of the pet’s owner, without prejudice to the fact that she must adopt “all the necessary measures to avoid a condition ”.

The Canarian court thus rejects the reasoning of the appellant and orders to maintain the regime of shared custody. According to the ruling, the fact that the minor suffers from an allergic condition does not prevent her from living in her other mother’s house.

One of the keys is that the family already lived with the animal before the divorce, since in the trial it was not proven that the possession of the dog was later. According to the magistrates, both mothers must have deployed the necessary care and precautions to avoid a crisis for their daughter. For this reason, they understand that the situation has not changed. On the other hand, according to they affirm, allergy is not produced only by the presence of a dog, but by many other factors “that both parties must take care of”. Both parents therefore have an obligation to protect their health.

In reality, the Tenerife court does not find any reason to deprive the girl of living with her other mother. Following the criteria of the Supreme Court, according to which the joint custody system is “more favorable to the interest of the minor”, it reaches the conclusion that, in this specific case, it has not been proven that it is “not beneficial” for the child. girl. On the other hand, it is pointed out that allusions to the questioned parent consuming toxic substances are simple accusations that have not been proven. Finally, both the report of the psychologist and the prosecutor for minors support the maintenance of shared coexistence, as it has been developing since the divorce without any evidence of any incidence.

For all these reasons, the AP of Tenerife rules out granting the sole custody of the minor to the recurring mother and confirms the resolution that established a regime of shared custody between the parents.