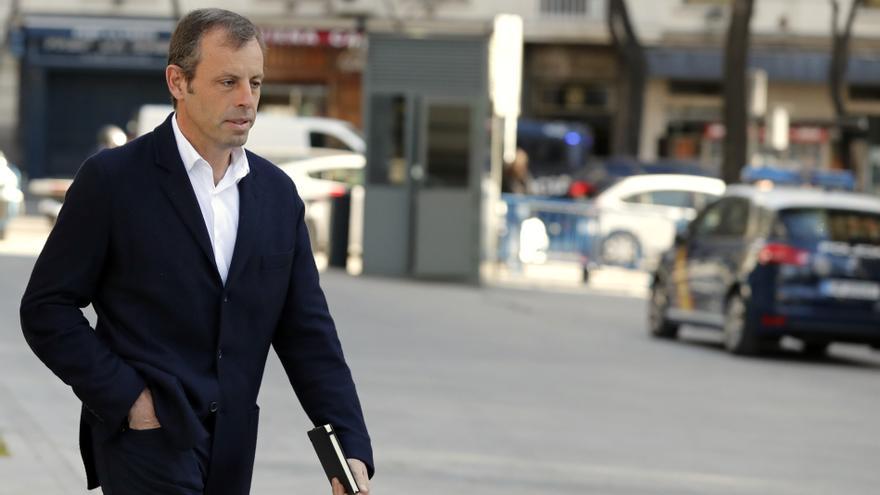 The Supreme Court has rejected the complaint of the businessman and former president of FC Barcelona Sandro Rosell against the judge of the National Court who kept him in provisional prison for almost two years before being acquitted and was later promoted to the Criminal Chamber of the Supreme Court itself, Judge Carmen Lamela. The current colleagues in the magistrate’s Chamber rule out that Lamela committed the alleged crimes of prevarication and documentary falsification during the investigation of the case against Rosell.

The Supreme Court magistrates endorse in a car the action of the magistrate Lamela questioned by the former president of Barça. Rosell accused Judge Lamela of a “Unjustified and deliberate concealment” of a document of more than 1,200 key pages for the cause. For the Prosecutor’s Office instead it was a mere oblivion, and for the robes who share Sala with Lamela, Rosell’s accusation is a hypothesis that does not have “a minimum component of reasonable verisimilitude” nor “appearance of reality.”

Sandro Rosell was acquitted of the crimes of money laundering and belonging to a criminal group attributed to him by the Prosecutor’s Office and for which he was asked for six years in prison, although the original request was for 11. The Public Ministry accused him of heading a network of companies that would have allowed the former president of the Brazilian Football Confederation to pocket almost 20 million euros in illegal commissions for television rights, to which he added another 12 for Rosell. During the investigation, the Brazilian Confederation itself denied the damage denounced by the Prosecutor’s Office, despite which Lamela and the Criminal Chamber denied, up to a total of 13 times, the substitution of Rosell’s imprisonment for less serious precautionary measures.

Rosell’s complaint was based on the fact that three times during the investigation of the case, Judge Lamela denied having kept the document with the rogatory commission that originated the investigation, despite the fact that it was included in the case and the court that tried the former president of the Barça found it immediately.

The Supreme Court downplays Rosell’s accusation. “The fact of having signed a routine and stereotyped ruling two years before, which does not require the slightest reflection, in which it was agreed to leave a copy of the rogatory commission at the time the file of the file was available is not an indication of anything for anyone who be minimally familiar with a judicial office and the way of working that prevails in it “, reads the order of inadmissibility of the complaint, of which the magistrate Antonio del Moral has been a speaker.