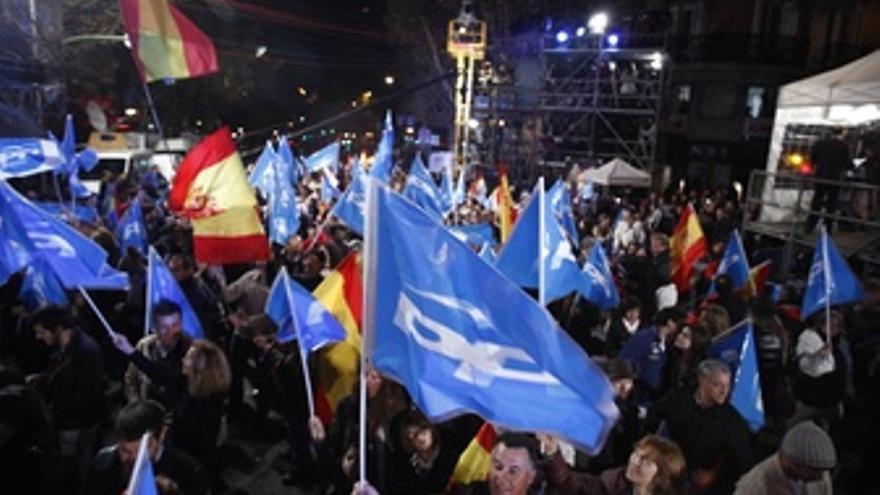 The Popular Party has just received its second judicial conviction for its relationship with black money flows. The judges consider that the formation led by Pablo Casado is a subsidiary civil liable for the money that the Treasury stopped entering because the reform of the headquarters on Genova Street was paid for with black money. The ruling makes it clear that the PP is responsible: it had no internal mechanism to control Luis Barcenas and the first measures that it took to avoid or detect this type of situation did not arrive until many years after the reform of the headquarters of the PP.

The sentence declares proven that the PP reformed its headquarters on Genova street in Madrid between 2005 and 2010. The management of the works, which affected the entire building, was assumed by Luis Bárcenas and the Unifica company of the architect Gonzalo Urquijo. Some jobs that were paid, in part, with black money from the ‘box B’ of the Popular Party managed by the treasurer: the PP saved money and Unifica had fewer obligations with the Treasury by collecting a part in an opaque way.

The National Court explains that it was “B money whose purpose was to obtain an economic advantage for both parties.” In the case of the PP, the result was “savings in the price for the customer” and in the case of unifies “and tax savings” to underpay both in Corporation Tax as well as in Value Added Tax (VAT). The company that made the reform, in addition, later presented “mendacious statements in order to pay less than what was due.” In total, Bárcenas paid more than one million euros in black.

One of the consequences is the tax offense charged to the year 2007. In total 195,000 relating to the work on the second floor of the building and another 258,000 more on the fifth floor, which, once the amount of VAT has been deducted, leaves an undeclared amount of 380,520 euros strictly related to the work, although the fraud committed in general by the company in those years rose to more than 870,000 euros. The tax fraud quota related to Bárcenas’ black payments is lowered, the judges calculate, to 123,669 euros underpaid in Corporation Tax.

The former senator for Cantabria was then an employee of the Popular Party and acted on its behalf and managing its funds without anyone preventing the crime and for that, says the National Court, the conservative formation must respond criminally. There is no record, says the ruling, that the Popular Party “through its governing bodies (executive committee) exercised adequate control over the management of the Manager Mr. BÁRCENAS on the date of the events.” The then party manager made and unmade with the black money of the formation without there being any type of control.

The reproach to the Popular Party goes further when the court finds that it took many years to take effective measures to try to avoid similar situations. The measures, he says, were “subsequent to the date on which the events that are the subject of this proceeding were committed.” Internal audit – what did not detect anomalies in the accounts – it did not arrive until 2013 and the promotion of legal initiatives related to the financing of political parties or the criminal liability of legal persons also took several years to arrive.

“The Popular Party has no other accounting than the one presented and audited by the Court of Accounts.” The phrase was reflected by the PP it’s a statement in October 2014 and the idea was repeated ad nauseam by the party leaders after El País revealed the parallel accounts kept by Luis Bárcenas. It was Maria Dolores de Cospedal who said on the same day of its publication in January 2013 that “the People’s Party’s accounting is unique, clear, transparent, clean and submitted to the Court of Accounts.” The sentence known this Thursday denies these assertions: there was a parallel accounting that, logically, was not sent to the Court of Auditors.

The ruling explains that the accounting that the PP sent to the Court of Auditors included only amounts of the invoices “hiding, on the contrary, from the control and supervision of the Court of Accounts, all the payments not invoiced” and paid with black money. This was what allowed Unifica to “hide from the Public Treasury the perception of the referred payments in B, avoiding their corresponding tax obligations.”

The Popular Party is exonerated from the possible tax offense committed in its 2008 inheritance tax for the alleged use of donations to the party to pay for the works and their subsequent fiscal management. In the first place, the judges understand that neither the Public Prosecutor’s Office nor the Lawyers’ Office charged for this crime and that the popular accusations that did so were not legitimized. Second, in addition, it does not consider the crime proven. The sentence says that “we are facing exempt income” that, in any case, does not exceed the legal minimum to be a tax offense.