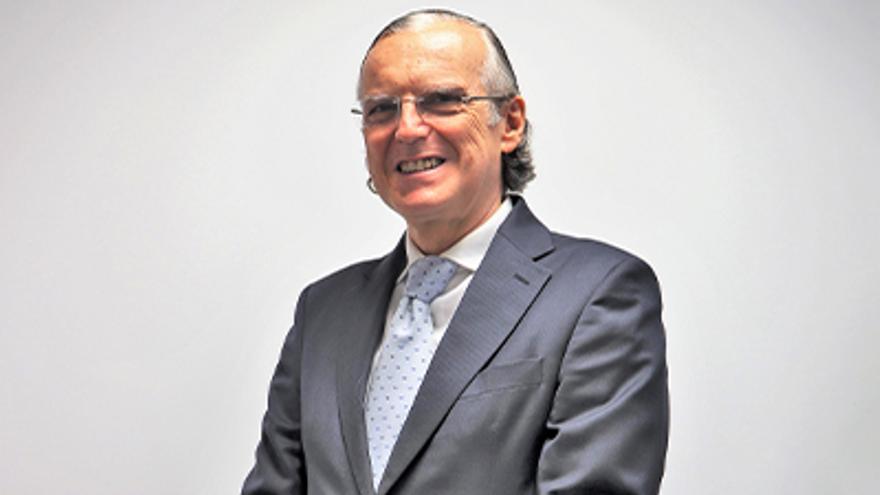 The magistrate on leave of absence Eduardo de Urbano Castro, speaker of the order that considered that there was no crime in the Vox electoral poster on unaccompanied minors, proposes that the Prosecutor's Office act against the "disqualifications" of the magistrates even if they are carried out in the context of political criticism about his lack of independence. De Urbano, who also participated in the first instance conviction of Podemos spokesperson Isa Serra, now works in a law firm and has given an interview to a website developed by national police.

The interviewer asks De Urbano about statements by a politician "who has been in the Executive recently" and who said "in a gathering with the highest audience that the parties accepted the appointment of some members even though they knew they were corrupt." Eduardo de Urbano responds: “What I defend –and I have always defended– is freedom of expression, freedom of information, ideological freedom, political freedom up to the maximum levels, because it is the essence of democracy and being able to speak, give an opinion freely. But that type of disqualification, that type of comments, already reminds me a bit of mud, that is no longer going to center it (sic). And I want to say that the Prosecutor's Office could probably intervene, since this is not the case (sic) more than one case is given really unacceptable qualifications, such as this case that you are asking me. Against judges and courts. To understand that some do not like them ”.

The magistrate on leave of absence does not specify for what crime the Prosecutor's Office should take legal action in these cases, since libel and slander is a "private crime" against which it is not possible to act ex officio and that requires the complaint of whoever understands that their right to honor has been violated.

Before that question, the interviewer from www.h50.org He has asked De Urbano how it can be that "a lay citizen in law" can become convinced that "a whole lord judge" dictates sentences based on his political ideology and not solely in application of the law. De Urbano responds that although the judges, like the rest of the people, have “what is called a recognition, that is, a prior knowledge, a prior assessment of life, a way of approaching matters ", the magistrates and courts fail" according to the law and the evidence of the case. " “I have to deny the major, the judges do not issue sentences based on their convictions. That is not fair. If this were the case, it would be talking about crimes of prevarication, which there are, but very few. By the way, almost all in the administrative route; administrative trespass; almost none ”, adds the magistrate on leave of absence.

Eduardo de Urbano Castro was the speaker of the order, also signed by justices Valentín Sanz and Tanía García, rejecting the appeal of the Prosecutor's Office for the 4M electoral poster in which Vox invented how much an unaccompanied migrant minor cost the Administration and compared it with the retirement of some older people. “The poster can also be interpreted as an electoral message to a much larger group than that of the ore [(sic), en referencia a los menores extranjeros no acompañados], in which a graphic and direct criticism of the amount of pensions compared to the support of these young people is presented ”, wrote De Urbano. "Regardless of whether the figures offered are true or not, they represent an obvious social and political problem, even with consequences or effects on our international relations, as is well known," he added.

The hate crime that he did not appreciate in the Vox poster did occur, according to the room that De Urbano integrated, in a joke on Twitter by the comedian David Suárez about people with Down syndrome. The magistrate participated in the court that corrected the decision of the investigating judge to archive the case, which led to its reopening, eventually going to trial. Suárez has been acquitted of the hate crime of which he was accused.

The interviewer is interested in Eduardo de Urbano Castro's opinion on Dolores Delgado and her appointment as attorney general after having been Minister of Justice, something that the police find “difficult to understand considering that the tax statute tries to protect the autonomy of the career with respect to the Government that appoints him ”. The judge on leave of absence answered: “Here we have had a state attorney general whose appointment was annulled for not meeting the requirements; that I believe that the current State Attorney General complies with them. However, another issue is the suitability for the position, since in fact it could have been appointed in another way, another person, perhaps because it is doubtful that they could be the most suitable for the position. But beyond being doubtful, little can be said because the appointment has been audited by the Supreme Court. "

More forceful is Eduardo de Urbano when asked about the reform of the Citizen Security Law promoted, among others, by the parliamentary groups of the two parties in the Government. When referring to the modification of the article that gives presumption of veracity to the police act with which a sanction is going to be proposed to demand that the police wording has "coherence", De Urbano assures that he does not see "necessary to change" the law.

“I condemned the Police, but for police excesses, for committing the crime of injuries, for torture. But how many in my professional life with thousands of cases? I'm going to count them on the fingers of one hand. Things happen in all groups, but beyond that, I don't see that it is necessary to change that law. I know it quite well, as it serves to withdraw (sic) support from the police and faculties for their professional work, which is a benefit for citizens ”, he adds.

Eduardo de Urbano is one of the magistrates who sign the sentence of the Provincial Court of Madrid that sentenced Isa Serra to 19 months in jail for clashes with the police that took place in 2014 during an eviction that a group of activists, including the current leader of Podemos, tried to stop. The sentence, later ratified by the Supreme Court, focused on the statements of the police officers who testified at the trial.

The aspect of the reform that most outrages De Urbano is the one referring to the suppression of the need to call demonstrations, planned for extreme situations. “That is to say, we left here, we left this room, we are down there. Maybe we can't, we can't continue because some citizens have decided to hold a demonstration, without communicating it? And the law wants it, does it want to legalize that? It seems like a unique nonsense to me ”, he assures in the interview.