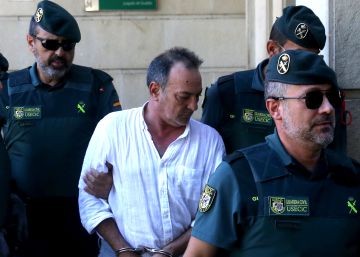 The judge investigating the Magrudis company, responsible for the largest outbreak of listeriosis in Spain, has incorporated the crime of insolvency punishable by homicide crimes for serious negligence, injuries to the fetus resulting in abortion, injuries and against the public health of which the de facto owner of the company, Juan Antonio Marín Ponce, and his son Sandro Marín Rodríguez are accused, both in provisional detention since last September 27. The instructor has ordered that nine people and 10 companies linked to the manufacturer of La Mechá be investigated because they understand that “a commercial engineering has been created aimed at foreseeing in an absolute way the possible problems that may arise in the business operation, both at the level economic as a sanitary ”, according to the order of the Facua consumer association, who was accused in the case as a private indictment.

The holder of the Court of Instruction Number 10 has requested that the five mercantile companies that Marín Ponce has had in his name – Marín y Maldonado, Sanmasur, Sierra Encina, Estirpe de Jabugo and Embutidos el Patio – be investigated, four of them, as He has already advanced this newspaper, without activity and with unpaid debts. Also to Magrudis herself, who appears in the Mercantile Registry on behalf of the eldest of her children, Sandro; to Elaborados Cárnicos Mario SLU – the firm next to Magrudis' ship on behalf of the young son, Mario; to two companies of the commercial Federico Rodríguez, who was arrested by the Civil Guard with the Marín family on September 24 and released; and to Comercial Martínez León, the company that sold contaminated meat from La Mechá without labeling, and on which the Junta de Andalucía extended the health alert on August 23. The judge wants to know if in addition to the commercial link with Magrudis, there are business ties.

Its owners, the aforementioned commercial, the Marín, the woman and the sister-in-law of the de facto administrator – who was also arrested and released on September 24 – are also under investigation in case they “could be carrying out backstart work,” he says. The judge in the car. Federico Rodríguez appears in the recordings of the telephone conversations that the Civil Guard made to the Marines mentioned during a talk that the owner of the company had with a person in charge of the insurance company, according to sources close to the investigation confirmed to this newspaper.

Neither Marín Ponce nor his children appear as owners of real estate in any registry. The declared equity of Magrudis in the last accounts presented in 2017 does not exceed 50,000 euros. The civil liability insurance contracted with the company Axa only covers up to 300,000 euros. The judge has intervened 11 accounts related to the Marin and Magrudis – none in the name of the father – of which the amount is not known, and six vehicles. This amount is not enough to deal with the compensation of those affected, among which are three deceased, at least seven abortions – although there have been complaints by couples who have lost the fetus or their baby for listeria cases prior to the outbreak – , and more than 200 affected.

The judge, however, understands that “we could find ourselves before an organized plot that has created different mercantile societies, all with a family social purpose, as well as the necessary mechanisms to avoid paying the debts and obtaining numerous benefits”. The instructor has entrusted the Office of Recovery and Asset Management of the Ministry of Justice to be in charge of the investigation of the economic activities in Spain and abroad of the persons and companies subject to the investigations.

"You have to find out if the assets that can be hidden would go to the payment of those affected, to creditors, to the Administration for health spending or to Endesa itself, since Magrudis was illegally hooked to its electricity network," explained Rubén Sánchez , spokesman for Facua. The emergence of economic assets that guarantee that those affected can collect compensation is important in order to direct the requirement of subsidiary civil responsibility to the public institutions involved in the management of the outbreak, the Andalusian Government – which is also represented as a private indictment – and Seville City Hall.

The doubts about the economic solvency of the owners of Magrudis have deterred several affected from initiating legal actions, as this newspaper has been able to confirm. "In our case there are families who do not want money, but the satisfaction that justice is done with those responsible," said Sanchez.

The listeriosis outbreak is still in remission and the Andalusian Ministry of Health expects to end it in the second half of this month. Only six people are admitted to Andalusian hospitals – in Seville except for one patient, in Cádiz -, and for the first time there is no pregnant woman.