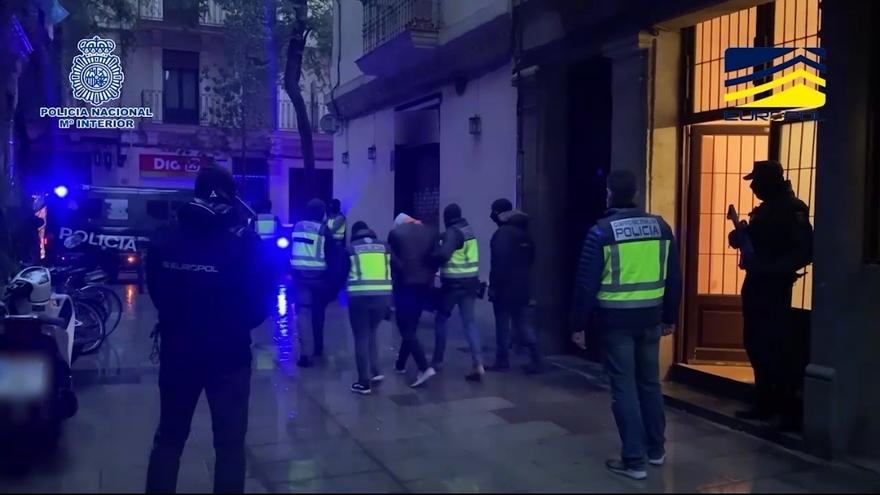 The judge of the National Court Alejandro Abascal has sent to provisional prison the three alleged jihadists arrested this weekend in Barcelona for their alleged membership of the terrorist group DAESH. One of those arrested had returned to Spain from the Syrian-Iraqi conflict zone on Christmas Eve and was found in an occupied building in the Barceloneta neighborhood.

The operation has been carried out by agents of the General Information Commissariat and the Barcelona Provincial Information Brigade, under the coordination of the Prosecutor’s Office of the National Court and the direction of the Central Court of Instruction number 6, reports Europa Press.

The investigation began when the agents learned of the arrival in Spain, on Christmas Eve, of a “potentially dangerous” citizen of Algerian nationality, as reported by the National Police. The other two arrested are an “acolyte” of the terrorist fighter and the person who provided logistical support.

From that moment, experts in the fight against jihadist terrorism from the General Information Commissariat began an “intense search for his immediate location.” The investigation determined that this individual was residing in an occupied building in the Barceloneta neighborhood and, later, it was found that he lived there with other people.

The Police have valued that, thanks to international cooperation, it was evidenced that one of the subjects was a jihadist returned from the Syrian-Iraqi conflict zone, “where he would have been active for a remarkable period of time in the ranks of DAESH.”

During his international tour, the combatant passed through Iraq, Turkey and Senegal, where he continued his pro-DAESH activity. After his return to Algeria, it is known that the returnee was linked to the franchise of the aforementioned terrorist group in North Africa, against which important operations have been carried out in recent days.

After analyzing the strong security measures adopted by those arrested and with the proximity of the climatic storm that could make it difficult to locate them permanently, the researchers decided to proceed with their immediate arrest, thus neutralizing a threat to public safety.

In addition to the arrests, the agents have searched the property where they resided and have seized various electronic material, which is pending timely analysis by specialists in the fight against jihadist terrorism. This operation has had the collaboration of the National Intelligence Center (CNI), the Algerian Intelligence Services, the Federal Bureau of Investigation (FBI) of the United States and the European Police Office EUROPOL.