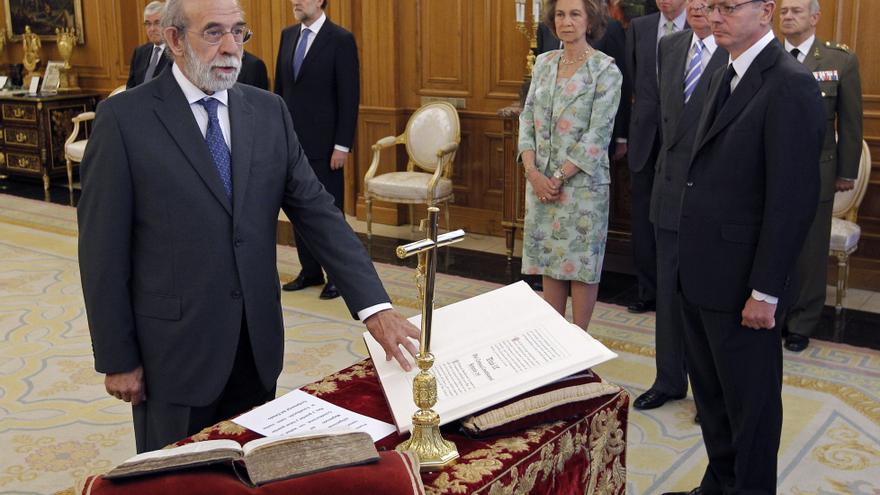 The magistrate of the Court of First Instance and Instruction nº 7 of Majadahonda (Madrid) has agreed to send to the Supreme Court the case derived from the arrest this week of the magistrate of the Constitutional Court Fernando Valdés for an alleged crime of “mistreatment in the family sphere” . According to sources from the Superior Court of Justice of Madrid (TSJM), the magistrate, who specializes in violence against women, has presented a reasoned statement to the Supreme Court and has forwarded the case file.

The Second Criminal Chamber of the Supreme Court is competent to hear the facts that led to the arrest of Valdés in the early hours of Tuesday, given that, being a magistrate of the Constitutional Court, he enjoys approval. “The reasoned exposition is raised to the effects of the supposed and circumstantial commission of a crime of mistreatment in the family environment, included in article 153 of the Penal Code”, specify the sources of the TSJM.

Valdés was arrested this week at his home in Majadahonda (Madrid) and, after testifying before the court, was released after the magistrate assessed his health, his advanced age (75 years), the health alert situation due to the coronavirus and his afarment.

Following the news, which caused concern within the Constitutional Court and led its president, Juan José González Rivas, to interrupt his vacation to travel to Madrid, the court of guarantees released a brief statement in which he appealed to the “fundamental right to presumption of innocence “that protects Valdés. The TC reported that he had been arrested for “the alleged commission of a crime of domestic and gender violence” and that he had been released without bail.

This magistrate arrived at the TC in 2012 at the proposal of the PSOE and ended his term about eight months ago, so his position is pending renewal. Currently he was carrying weighty issues in court such as the presentation of the sentence of the Citizen Security Law, known as the gag law, as well as those that should respond to the appeals against the reviewable permanent prison and the state of alarm.