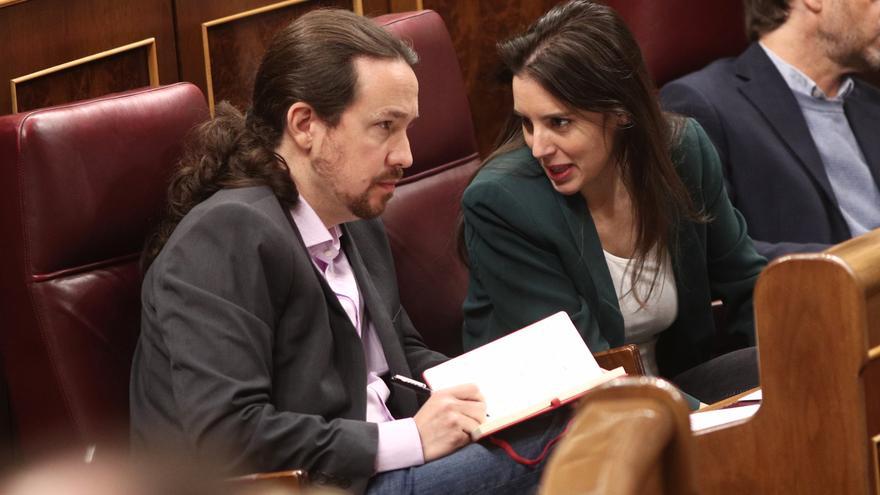 A court in Villalba (Madrid) has issued an order in which Eduardo Inda, the editor Alejandro Entrambasaguas and Dos Mil Palabras SL, the publishing company of Ok diary, to judge an alleged crime of harassment of two of the children of Pablo Iglesias and Irene Montero. Judge Sara Rodríguez sees signs of a crime against the freedom of minors and their parents, regulated in article 172 ter of the Penal Code, punishable by between three months and two years in prison or a fine of six to 24 months, although due to the age of the children, who were not yet two years old when the investigated events occurred, the penalty could be imprisonment of six months to two years.

The events date back to November and December 2019, according to the order of the Court of Instruction number 2 of Collado Villalba, to which elDiario.es has had access. The judge appreciates indications that at that time Alejandro Entrambasaguas, a worker from Ok diary, “goes to the home of the caregiver of the complainants’ children on several occasions, in order to obtain information about her and her activity; for the same purpose, she calls her on several occasions by phone, in both cases always with a negative result “. “By not obtaining direct information from the caregiver,” the judge’s account continues, Entrambasaguas “goes to the urbanization where the aforementioned address is located and there he approaches several neighbors for the same purpose.”

This action, always according to the car, caused the caregiver to restrict “outings to the playgrounds in the common areas of the urbanization with the children she cared for, thus limiting her daily activity and that of the minors “. Furthermore, “in view of the repetition of the facts, finally on December 31, 2019, it decided to terminate the contract it had with the plaintiffs for the care of their children.”

These events represented, according to Judge Rodríguez, “an obvious altercation in the daily life of the plaintiffs and their children, being forced to choose another option for the care of their children during their working hours.”

In December 2019, Iglesias and Montero filed a complaint against Inda, Entrambasaguas and the publishing company, Dos Mil Palabras SL The judge, after carrying out the pertinent procedures, terminates the investigation and now proposes to the accusing parties, the plaintiffs and the Prosecutor’s Office, who “request the opening of the oral trial by formulating an accusation document or, where appropriate, the dismissal of the case, or, exceptionally, the practice of complementary proceedings.”

Inda and Entrambasaguas must go to the court next Monday to collect the notification. elDiario.es has contacted the director of Ok diary, who has declined to comment. An appeal for reform may be filed against the judge’s decision within three days from its notification.