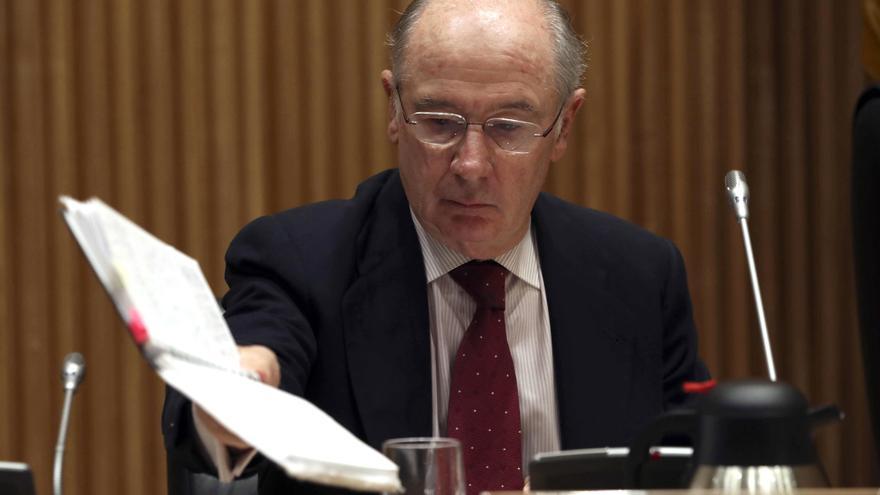 Rodrigo Rato will sit on the bench again. Six years after that photograph being introduced into a car of Customs agents that was covered in all the press, Madrid judge Antonio Serrano Arnal has opened an oral trial to the former economic vice president and director of the IMF for alleged corruption, money laundering and tax fraud within the framework of the macrocause opened in 2015 on the origin of his enormous fortune. The magistrate demands the deposit of 65 million euros as a guarantee and warns that if he does not record that amount, he would proceed to "seize his assets in sufficient quantity to ensure said responsibilities."

The head of the Court of Instruction number 31 of Madrid rejects the claim of the Prosecutor's Office that Rato was also tried for the crimes of continued falsehood and punishable insolvency. In the resolution, against which there is no appeal, the Provincial Court of Madrid is declared competent for hearing and ruling the case.

Rato will sit on the bench for the alleged collection of bribes in the award of advertising campaigns of Bankia - entity that he presided between 2010 and 2012 - and for the creation of a corporate structure to supposedly repatriate money to Spain and avoid paying taxes . The Prosecutor requests for him more than 80 years in jail for defrauding more than 8.5 million euros. The judge has also opened oral proceedings against 13 other people, including the former Secretary of State for Commerce José Manuel Fernández Norniella, and three legal entities: the advertising companies Publicis Comunicación and Zenith Media and the law firm Plazas Abogados.

This case has investigated the corporate network of Rato based in part in tax havens such as the Isle of Man, Kuwait and Curaçao and hidden from the Treasury. According to Judge Serrano Arnal, whoever was Minister of Economy would have set up a network of companies abroad since 2006 with the aim of "distancing" funds that entered Spain from their "origin". With this "channel", which operated until 2014, it would have introduced more than 7.8 million euros in Spain, according to a UCO report that appears in the summary.

The second leg of the investigation is related to tax fraud, which Rato would have carried out in two ways. On the one hand, through "maneuvers to conceal their foreign assets as well as in corporate maneuvers between the companies under their control, in order to return part of their assets to Spain in a hidden way from the Spanish Treasury." And, on the other, invoicing through "merely instrumental societies" professional services that he provided personally, such as conferences.

This investigation began precisely after it became known that he had availed himself of the tax amnesty approved by the Executive of Mariano Rajoy in 2012. The Prosecutor's Office recalls that he then omitted "any reference" to a series of companies and declared a foreign equity of 115,333 euros , for which he paid 11,533 euros to the Treasury.

This case has also brought out alleged irregularities during his time at Bankia, whose presidency he arrived in 2010 in the midst of a power struggle between Mariano Rajoy and Esperanza Aguirre, who preferred Ignacio González for that position. Thus, he will also be tried for the alleged collection of bites in the award of advertising campaigns of the entity that, according to the Prosecutor's Office, were derived to various companies, managing to "blur the origin of the money."

In total, the Prosecutor's Office claims to have identified unjustified equity increases between 2005 and 2015 for a total amount of 15.6 million euros, in addition to returns from movable capital abroad not declared to the Treasury, as well as 7.4 million euros defrauded the Tax Agency. To this last figure, Anticorruption points out, we should add the taxation of professional services through their companies, with which the defrauded quotas would amount to 8.5 million euros.