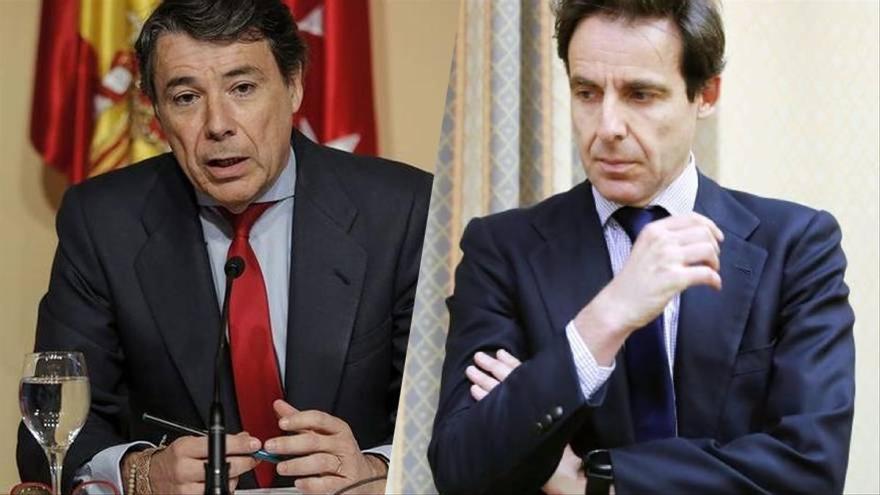 The judge in the Lezo case, Manuel García-Castellón, has issued an order to open an oral trial against the former president of the Community of Madrid Ignacio González, businessman Javier López Madrid and four other people for the rigging of the award of the train works to the town of Navalcarnero. The OHL construction company, founded by Juan Miguel Villar Mir, obtained this award through a criminal agreement between its counselor López Madrid and the senior manager Rafael Martín de Nicolás, with González and the manager of Canal de Isabel II Ildefonso de Miguel, for the that the latter two obtained a bite to distribute of 1.8 million euros, as recorded in the court decision, to which elDiario.es has had access.

García-Castellón attributes to the accused the crimes of influence peddling, passive bribery, active bribery and falsification in commercial documents. The Prosecutor's Office requests that the former president of the Community of Madrid Ignacio González be sentenced to four years in prison in this piece number 3 of the Lezo case, although the highest request for a conviction is for businessman Javier López Madrid, a sentence of six years of jail, requests of sentence that share the popular accusation, exerted by Adade. The Prosecutor's Office requested in October 2020 the filing of the proceedings for the founder of OHL, Juan Miguel Villar Mir.

In 2007, the OHL company was awarded the contract for the construction of the train to Navalcarnero thanks to "a plan devised" by the defendants Francisco Javier López Madrid - OHL director at the time of the events - and Rafael Arturo Martín de Nicolás Cañas - General Director of National Construction of OHL- which consisted of winning the contract by presenting the lowest cost offer. That plan included that by means of a 2.5 million euro bite they would secure the concession and also the subsequent modification of the project, with which they would compensate for the loss of income due to having submitted such a low offer. For Martín de Nicolás, Anticorrupción also requests six years in prison for the same crimes attributed to López Madrid.

On the other side of the corrupt plot were the aforementioned González, vice president of the Community of Madrid at that time and president of Canal de Isabel II, and Ildefonso de Miguel, managing director of the public water company. It was a question of both influencing the CEO of the public consortium Mintra, which was to grant the award of the Navalcarnero train. The alleged criminal plot is completed by another OHL charge, Felicísimo Damián Ramos, OHL's Director of Management Control, and Adrián de la Joya and Ruiz de Velasco, historical Partner of Commissioner Villarejo residing in Switzerland. Adrián de la Joya moved the money between different accounts of his property while withdrawing the 2.5 million dollars (1.8 million euros) in cash, which ended up in the hands of Ildefonso de Miguel for the distribution of commissions.