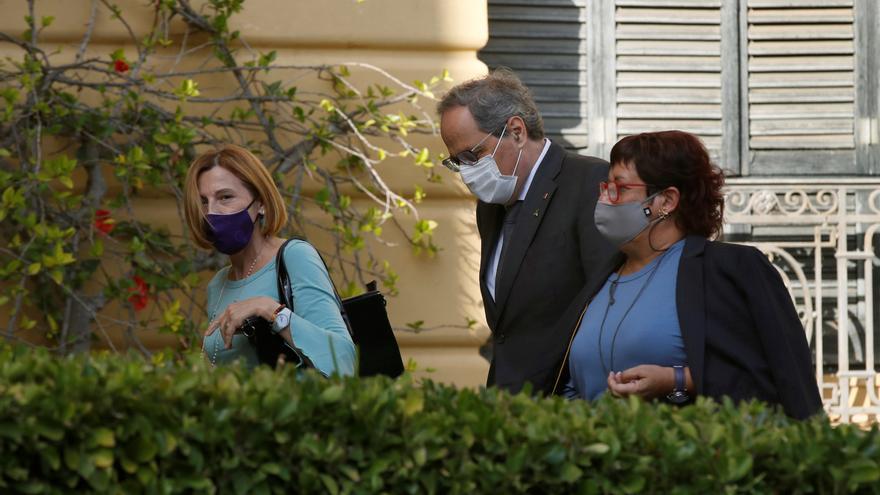 The prison surveillance court has agreed to maintain the third degree of the former president of the Parliament Carme Forcadell and the former councilor Dolors Bassa while the Supreme Court resolves the appeal presented by the Prosecutor’s Office against the semi-freedom regime granted by the Generalitat.

In separate files, the head of the prison surveillance court number 1 of Barcelona rules out suspending the third degree of Bassa and Forcadell, as requested by the public prosecutor arguing that this is automatically provided when an appeal is filed against the prison classification.

Thus, the different criterion is repeated among the prison surveillance courts those in charge of the inmates of the procés on whether the resources of the Prosecutor’s Office have suspensive effects of the third degree: already in July, in the first appeal of the Public Ministry, the judge of the prison surveillance court 5, in charge of the seven prisoners of Lledoners, suspended the semi-freedom of the ex-councilors and the ‘Jordis’, while the magistrate in charge of Bassa and Forcadell maintained it.

The different interpretation of the robes on an additional provision of the organic law of the judiciary on the suspension of the third degree is the basis of the different decisions.

At the heart of the matter, however, both robes failed in the same sense and endorsed in the first instance the third degree of the prisoners of the procés granted by the Generalitat, which allows them to go to prison during the week to sleep and work outside the prison . The appeals of the Prosecutor’s Office against semi-release will be resolved, as established by the penitentiary law, the sentencing court, which in the case of the prisoners of the procés is the Supreme Court.