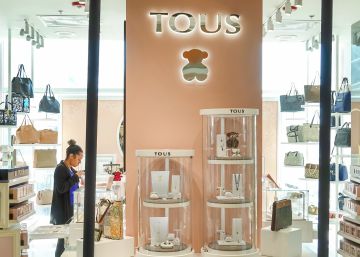 The judge of the National Court Santiago Pedraz has imposed on the association that denounced an alleged scam with the jewels of Tous the payment of the costs of the process for his “bad faith”. He has done it in a car, known this Monday, in which confirm the complaint file for crimes of misleading advertising, continued scam, false document and corruption in business in relation to the composition of certain jewelry items.

In a car, the magistrate dismisses the appeal for reform filed by the Consujoya Association and imposes, as requested by the Catalan company, the payment of the costs for his “obvious bad faith and recklessness in formulating this appeal, the initial complaint was confirmed and subsequent personification as a popular accusation, given the clear inconsistency of its claims and the injustice and unreasonableness of its action (distorted presentation of the facts and giving rise to confusion of the investigation of the case since the complaint) as follows from those stated in This resolution, especially in the case of an association, is supposed to be an expert in precious metals and jewelry techniques and aware of the current legislation ”.

The resolution includes the brief of the Prosecutor’s Office of the National Court, which had filed the complaint with the Central Court of Instruction 1, in which it opposes the appeal and states that “in view of the concurrent circumstances it is possible to maintain that we are attending a deceptive manipulation of the reality that gave rise to an investigation that, had it not been presented in the indicated terms, would never have been initiated ”.

The order dismisses all the arguments raised by Consujoya for the reopening of the case, including the lack of diligence of evidence regarding the facts investigated. In this regard, Pedraz points out that, as established by law, the pertinent proceedings provided by both the complainant and those carried out by the Civil Guard and the Prosecutors of Córdoba and the National Court and that, as the Public Ministry points out, “they have exposed the reality of the facts”.

In relation to the existence of evidence of criminality, the instructor argues that the evidence on which the accusation is based is specified solely and exclusively in the interpretation of the standard made by two laboratories and a witness. The association of jewelers defended TousAfter knowing the complaint by ensuring that Spanish law allows the manufacture of objects with precious metals with fillers and that the technology used by Tous is “common, normal and usual in the sector.”

The instructor, as he did in the initial file, analyzes the regulations on precious metals and states that Article 55 allows the use of non-metallic materials to confer stability and the material used by Tous (non-metallic), according to the purchase certificate is to give stability and “it has not been proven that it is not for another destination and, of course, to deceive the consumer.”

The events that gave rise to these actions were initiated by a complaint by the Consujoya association filed in Córdoba in December 2018. A few months later, in March 2019, the Córdoba Prosecutor initiated investigation proceedings, subsequently inhibiting the Prosecutor’s Office of the National Court, which was the one that, in November 2019, filed the complaint with the judge.