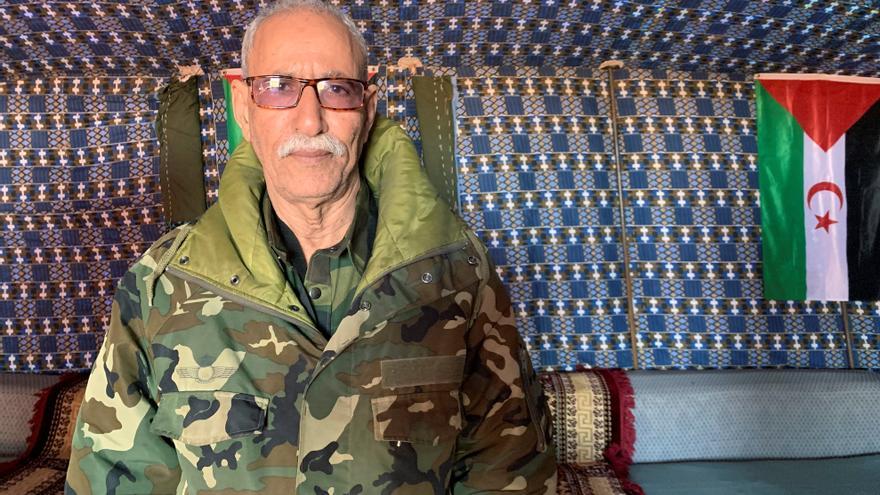 The head of the Court of Instruction Number 7 of Zaragoza, Rafael Lasala, has rejected the request of the State Lawyers that requested the file of the case on the entry and exit in Spain of the leader of the Polisario Front, Brahim Ghali.

In a car dated October 7, to which Europa Press has had access, the magistrate assures that with the dismissal “an early trial is being requested that would only proceed in the event that the material ‘fact’ was non-existent.” “Something that is not so, because even the requesting party acknowledges that it has existed,” he recalls.

In this sense, the brief recognizes that a “different question” is whether the investigated facts are criminally classifiable. “That is the object of the instruction that the defense wishes to conclude because it understands that no data has been obtained for the criminal classification and that it cannot be obtained in any way, by carrying out an evidentiary anticipation of which it disagrees,” says the judge.

Thus, the magistrate insists that now is not the “moment” in which “a complete assessment of the fact under investigation, of the existing evidence material and of the criminally relevant participation in it of those investigated or of other persons must be carried out.”

The judge responds in this way to the brief that the State attorney presented on September 17, in which she requested the free dismissal of the former chief of staff of the Ministry of Foreign Affairs Camilo Villarino as well as the file of the case.

Reproaches the partial invocation of the Schengen regulation

In it, the State Bar argued its request referring to a series of articles of the Schengen regulation or the bilateral agreement between Spain and Algeria. In this line, the magistrate criticizes the “partial” invocation by the lawyer of article 5.2.a) of the Regulation of the European Union, the European Parliament and the Council, which establishes a code of union rules for the crossing of people by the borders.

According to this article, Member States are allowed to exempt persons or groups of persons from the obligation to cross external borders only at border crossings and during established opening hours in the event that there is any special need provided that they are in possession of the authorizations required by domestic law. Of course, the judge reminds that there should be no conflict with “interests of public order or internal security of the Member States.”

Regarding the fact that the Government alleged humanitarian reasons to authorize the arrival of Ghali, the judge indicates that the Executive should have notified the other member states. “Something that not only has not been done, but it has also been recognized that it was not intended to be done deliberately so that the entry” was discreet, “asserts the magistrate.

On the other hand, Lasala refers to the fact that Ghali’s passport was not stamped upon entry into the country, a fact that the Lawyers justify in another article of the Schengen regulation. “Nothing to object to whether or not the passport is sealed in the indicated case, but what is being judged here is whether it was shown and controlled, not whether it was sealed,” says the judge.

Thus, the judge assures that “what should not be ignored is that the exemption refers to the sealing in the travel documents of ‘Heads of State or personalities’ whose arrival has been previously announced ‘officially through diplomatic channels’.

“None of the circumstances occur because the Sahrawi Arab Democratic Republic is not recognized by any of the Schengen Area States, the consideration of personality that makes the defense of the investigated is not the one intended by the regulation as equivalent to a high dignitary and the arrival, although it has been announced through diplomatic channels, has not been officially announced precisely because of the reserved and discreet character that was wanted to be granted, “explains Lasala.

“Open door” to the hypothesis of false documentation

Additionally, the judge refers to the allegations to the bilateral Agreement between Spain and Algeria, which allows entry to diplomatic passport holders without a visa. Thus, remember that it cannot oppose the Schengen Regulation or a lesser provision such as Order INT / 657/2020, of July 17.

Regarding the possible falsity of Ghali’s documentation, Lasala affirms that “the omission of passport control” may “leave the door open to the hypothesis that he could enter with false documentation or that it could cause problems.”

The judge also refers to the fact that Ghali was registered in the Logroño Hospital with the name of Mohamed Benbatouche “under the pretext of preserving intimate data about his health”, an “excuse that offends health and administrative professionals”. For the magistrate, “the probability index that the variations of

identity “of Ghali” are due to a chance are reduced to a minimum “.