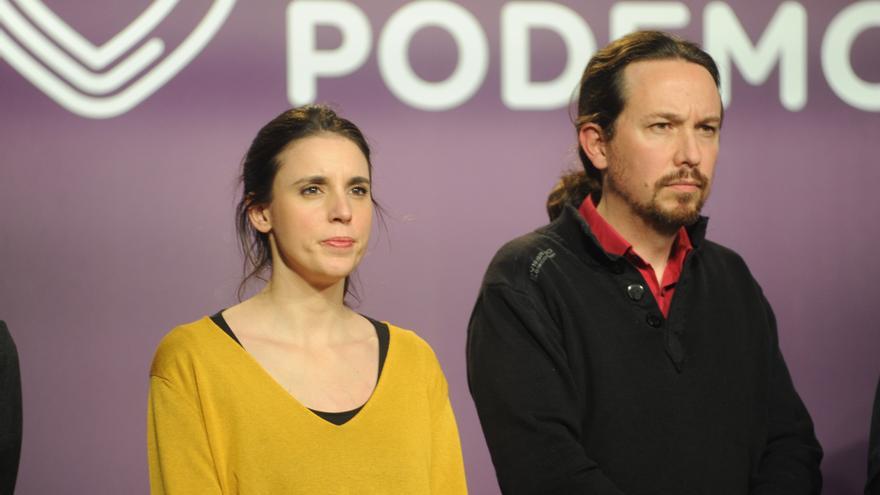 The head of the Court of Instruction Number 1 of Collado Villalba has refused to lower the bail of 52,267 euros imposed on Miguel Ángel Frontera, the man accused of protesting in front of the house of the former leader of Podemos and former second vice president, Pablo Iglesias, and the minister of Equality, Irene Montero.

The magistrate Javier Carreño has explained in an order that the bond “has been calculated taking into account, to a large extent, the claim for compensation for non-pecuniary damage to the injured parties.” Thus, the judge has dismissed the request of Frontera’s defense, which alleged that it was an “absolutely disproportionate” guarantee.

As stated in the judge’s ruling, Iglesias and Montero demand the payment of 10,000 euros each, a figure that the magistrate does not consider “outlandish”, so he has concluded that the bond of 52,267 euros must be maintained.

“We must start from the basis that there is serious difficulty in determining what is understood by moral damage, a difficulty that is projected, logically, in the field of its assessment, and, such assessment, in accordance with reiterated jurisprudential doctrine has not been subject to any regulatory provision but must be carried out by the judicial body at its discretion “, has specified the head of the Court.

The defense argued that the sum was “undoubtedly excessive and disproportionate.” He assured that the accused “would never have obtained an economic benefit of such an amount for making the statements attributed to him and that are classified as slanderous” and insisted that “the seriousness of the injury produced (…) would not justify so important civil liability “.

The defense asks for acquittal

Legal sources have informed Europa Press that, within the framework of the procedure, the Frontera legal team has presented a defense brief in which it has requested the acquittal of the accused, considering that the crimes charged did not take place, as it has advanced The reason.

The Prosecutor’s Office asks for three years in prison for him for two continuous crimes of serious injury with publicity to the authority, a crime of harassment and a crime of revealing secrets. Additionally, the prosecutor proposes the prohibition of approaching both in a distance of less than 500 meters and the prohibition of communicating with them by any means.

For their part, Iglesias and Montero request one year and six months in prison for a crime of continuous coercion, a crime of serious insults against State institutions and a crime of discovery and disclosure of secrets.

Frontera himself decided to move his file last April by filing a complaint against Iglesias, claiming that he did not commit any crime, for which he would have been the subject of a false complaint.

The man defended that Iglesias himself would have acknowledged in his statement on December 28 in the Collado Villalba investigating courts that “he had only climbed on a rock that exists in the field, outside the property of the defendant, not invading by both at no time his property “, according to his complaint.

His defense argued that viewing the video recorded with his mobile phone on the moment in question allowed “to verify that he does not climb the fence, nor invade the property of the defendant at any time, but is recorded from a rock located in a place public”.

For all these reasons, he considers it proven that the complaint against him “is totally unfounded” and that Iglesias filed it “with full knowledge of its falsehood.”