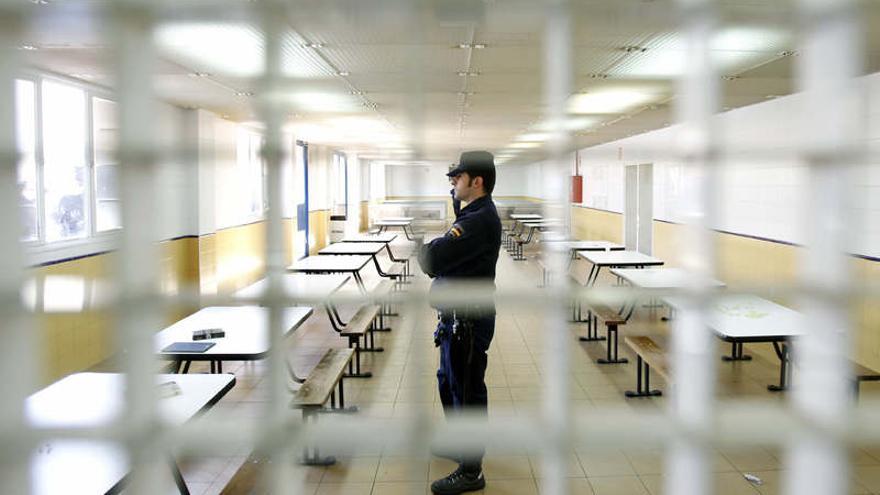 The control judge has refused to close the Foreigners Internment Center (CIE) of the Barcelona Free Zone due to a case of coronavirus detected last October, as requested by the City Council of the Catalan capital and the entities in defense of human rights Irídia and Migrastudium, considering that the decision on the closure of the center “exceeds” its functions.

In a car, to which elDiario.es has had access, the head of the examining court number 1 of Barcelona, ​​Joaquín Aguirre, in his role as judicial responsible for the control of the CIE of the Free Zone, concludes that he cannot resolve the request of the consistory and the entities since their competences are “strictly limited” to the control of fundamental rights “, which does not allow it to decide whether or not to close the CIE, but to adopt decisions so that the center can function normally” safeguard fundamental rights “, as well as resolve inmates’ complaints in this regard.

The management of the Barcelona CIE informed the judge on October 5 that it had restarted its activity – after the center emptied in the first wave of the pandemic before the impossibility of deporting migrants due to the suspension of flights– with the admission of 84 inmates. The CIE also decided to suspend the visits. Now the judge agrees that the CIE can be accessed to visit migrants and that the right of visits be developed in accordance with the preventive measures that it already proposed in June 2020.

Specifically, the temperature will have to be taken by means of a non-contact thermometer and prior to access to any person who comes to the CIE and also they will have to provide a hand sanitizer solution and maintain the obligation to wear a mask. As indicated by the judge in his decision, a body temperature equal to or greater than 37.5 degrees will be considered “risky” and will have to mean that entry to the CIE is not allowed.

With regard to inmates, according to the recommendation of the CIE medical system, new admissions will always have to be made during medical attention hours, between 06:00 and 22:00, so that health personnel can make an identification ” early “to those new inmates with symptoms suggestive of coronavirus and, if applicable, direct them to the corresponding healthcare services. In addition, the CIE will have to adopt on a daily and updated basis all the measures that integrate the strategy for early detection, surveillance and control of the coronavirus established by the Ministry of Health, which will also have to continue to be communicated to the judicial authority and the Prosecutor’s Office.

The decision of the Barcelona judge differs from that of the control magistrate of the CIE of Las Palmas de Gran Canaria, who has placed the capacity of the center to be able to comply with the appropriate sanitary conditions against the virus at a maximum of 42 inmates and has set the closure of the installation in the event of a positive detection.

In his decision, the judge does not mention the report of the Barcelona Public Health Agency in which it was concluded that the CIE lacks a contingency plan in case outbreaks are detected and that it does not have the capacity to isolate close contacts, thus demanding that the inmates be evicted. Municipal sources have regretted that the judge’s order “is late” and have reiterated that as of today “there is no evidence” that the CIE has a contingency plan in the face of a coronavirus outbreak.

Given the “deficiencies found” in the CIE, the City Council has reiterated to the Ministry of the Interior and the Government Delegation the request to free the migrants and close the center “before there are more infections”, something to which until now the central executive has refused. “The application of the Immigration Law can never go beyond the protection of the physical integrity of the people who are inside the CIE, and the public health of the population as a whole”, have expressed municipal sources, who recalled that migrants are locked up in the CIE awaiting deportation not for having committed a crime but for their administrative situation, for residing without a residence and work permit.

In a statement, Irídia and Migra Studium have highlighted that the suspension of visits agreed by the CIE of Barcelona on October 5 was “incompatible with the guarantee and respect for the rights of inmates” to communicate with the outside world, to to have contact with his family and to receive support from entities that defend the rights of immigrants. The two entities denounce that they have had to spend “more than three months” since their first request for the court to have agreed that the CIE has to allow visits to inmates.

“In the midst of the current third wave of the pandemic, internment in special conditions of isolation and lack of relationship with loved ones does not have to be easy. And despite being good news that recognizes the rights of inmates, it comes late”, both entities regret in relation to the judicial resolution. The lawyer Andrés García Berrio has denounced that the people about whom the complaint was presented to the CIE in October have already been deported by boat. “It is outrageous that the court has not resolved during the months that the people were interned before being deported,” García Berrio has criticized.

More than two million people have died of coronavirus worldwide