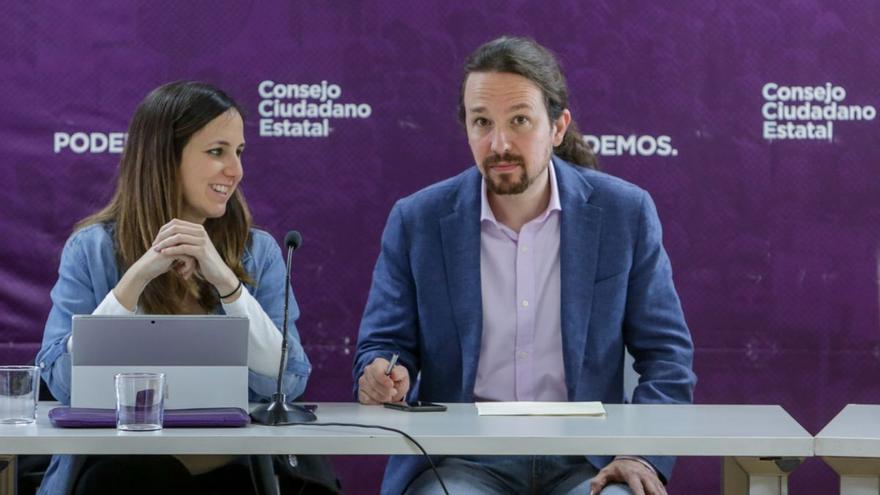 The judge in the Villarejo case, Manuel García-Castellón, has refused to cite Pablo Iglesias as a defendant in the Dina case as requested by the Prolege association, also a person in the Neurona vs. Podemos case and who had taken advantage of the loss of the status of gauge by part of the former second vice president of the Government. The magistrate alleges that he is waiting to receive a computerized expert report on the memory card provided at the time by Dina Bousselham.

The judge explains that the interested diligence “is not procedurally pertinent at this time, since this instructor is pending to receive the result of the interested report in a resolution of March 1, 2021, as ordered by the Supreme Court in the order of January 27, 2021, when it was agreed to obtain a computerized expert report on the memory card provided in its day by Dina Bousselham, after which the procedures indicated in the aforementioned resolution, which have not yet been carried out, will also be carried out. as the aforementioned expert report is pending.

“In this way, Mr. Iglesias’ statement turns out to be hasty at this time, insofar as no new evidence has been provided other than those that were valued at the time by the High Court when ruling on the rationale,” he concludes the instructor. The Anticorruption Prosecutor’s Office had reported against the summons of Iglesias.

Last January, the Criminal Chamber of the Supreme Court decided to archive the case against the second vice president of the Government, Pablo Iglesias, for revealing secrets and other crimes attributed to him by the judge in the Villarejo case, Manuel García-Castellón, who had raised Reasoned statement before the High Court for the status of the leader of Podemos at that time.

The Supreme Court judges decided to return the case to the National Court because it was absolutely necessary to listen to Dina Bousselham, the victim of the alleged crime, before accusing Iglesias, a procedure that García-Castellón repeatedly refused to carry out before raising the rationale and despite the fact that Pablo Iglesias’ former advisor had sent him a letter exonerating the second vice president. The magistrates of the Supreme Court left the door open to the fact that, once the instruction is really exhausted, the judge has gathered solid evidence to impute Iglesias, not as has happened on this occasion.

Manuel García-Castellón accused Pablo Iglesias of the crime of discovering and revealing secrets; another of computer damage; and another of accusation and false complaint, in relation to the theft of the mobile phone of a Podemos party advisor, Dina Bousselham, in November 2015. Information contained in that mobile was later published by various media. A copy of it was found in the registry of the domicile of Commissioner Villarejo.