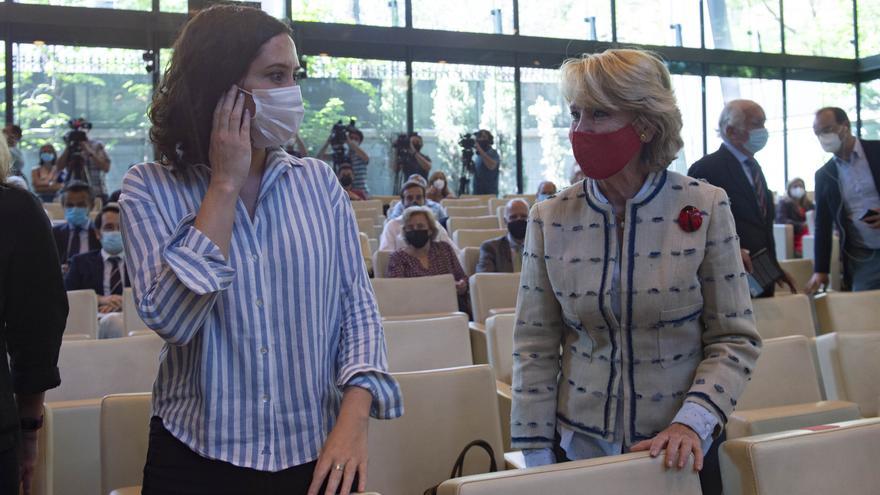 Judge Mónica Aguirre de la Cuesta has rejected the request of the Anticorruption Prosecutor’s Office to accuse Esperanza Aguirre of embezzlement and prevarication in the privatization of the Puerta de Hierro hospital in Majadahonda with the argument that no criminal responsibility can be attributed to someone “for the mere fact of the position or position that a specific person holds in the organization, no matter how high it may be, “according to Supreme Court jurisprudence.

The magistrate Aguirre de la Cuesta also refuses to impute the then Minister of Health, Juan Jesús Güemes, and the Deputy Minister Ana Sánchez Fernández, for whom Anticorruption also requested the statement as being investigated. Aguirre de la Cuesta limits the eventual responsibility of the general director investigated so far, Elena de Mingo, and agrees to take a statement from Jesús Alejandro Vidart, who was the general director of Economic Management and Purchasing of Healthcare and Pharmaceutical Products. The Anti-Corruption Prosecutor’s Office will appeal the decision of the judge before the Provincial Court of Madrid, tax sources inform elDiario.es.

Anticorruption put the focus in November 2020 on a modification of the construction and operation contract of this hospital that was carried out “disregarding the slightest administrative procedure” and that allowed the successful bidder – a joint venture formed by Dragados, Sufi and Bovis Lend Lease- charge for years millionaire amounts for services “never rendered”. Specifically, for 135 beds that are not in service. Anticorruption calculates an “impairment to the public funds of the autonomous community in an amount greater than 10 million euros” and ensures that it is not aware that the economic balance of the contract has been reestablished.

The judge, in the order in which she refuses to accuse Aguirre, and to which elDiario.es has had access, affirms that from Elena de Mingo’s statement as investigated it does not result that “the resolution on the reduction of the number of hospital beds came directly from the Presidency of the Community of Madrid “. The tax sources consulted by elDiario.es interpret De Mingo’s statement in court in a radically different way and conclude that the general director does point to Güemes and Aguirre.

In her argument, Judge Mónica Aguirre cites the recent Supreme Court resolution rejecting Vox’s complaint against the Minister of the Interior, Fernando Grande-Marlaska, and the director of the Civil Guard, María Gámez, for the dismissal of Colonel Diego Pérez de Los Cobos, in which the Criminal Chamber of the High Court ruled that “the division and delegation of functions, and therefore, the decision-making capacity” cannot always imply criminal responsibility, and that it will be necessary to assess “the trial of authorship when it is so accredited “.

The Puerta de Hierro Hospital, inaugurated in 2008, was one of the seven built under the 2004-2007 Infrastructure Plan with a public-private system. This model consists of a conglomerate of companies constructing the building and, in return, receiving a fee for the works and for taking care of non-sanitary services (cleaning, laundry, maintenance…). This fee is calculated based on the number of beds and occupancy.

The concession contract for the construction and operation of this hospital was awarded on March 18, 2005 to the aforementioned UTE. Three years later, on May 28, 2008 – shortly before the inauguration, which took place in September of that year – it was modified “avoiding any administrative procedure” and 135 rooms went from being doubles to singles. This reduced the hospital beds initially offered by the concessionaire on the basis of which the fee was calculated, but without an economic rebalancing being carried out to adjust to the new offer. That is, without recalculating the amount that the Community of Madrid agreed to pay the concessionaire.

For the Prosecutor’s Office, the reduction in the number of hospital beds was done outside of “the slightest administrative procedure”, which is “radical illegality.” In its complaint, Anticorrupción also explains that the only “justifying enabling support” for said change was a resolution that “did not exist”, as has been verified through the requirements made to the Ministry of Health. This is an alleged resolution of May 5, 2008 from the General Directorate that was in the hands of De Mingo “issued at the request of the President of the Community of Madrid on the date of the events”, who was then Esperanza Aguirre.

Consequently, from 135 rooms equipped as doubles, the hospital bed, the bedside table, the patient chair, the companion chair and the separating curtain were removed; and 135 sofa beds were placed. The hospital has 613 beds installed, according to the latest published report, 2018. After the publication of that opinion, the regional Executive announced the opening of a sanctioning procedure against the concessionaire for which it was going to claim four million euros for the services not provided. elDiario.es asked the Ministry of Health last February for the conclusion of that file and if the successful bidder came to return this or another amount but did not receive a response.