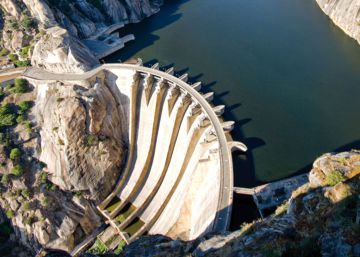 The Villarejo case It is not the only criminal procedure that Iberdrola has in vilo. The National Court investigates since May 2017 a complaint from the Anti-Corruption Prosecutor in which he accuses the listed company of devising a plan to alter the price of electricity and thus obtain “an illicit profit of 20 million euros” during the winter of 2013, coinciding with a cold wave. Competition has proven tampering and fined the electricity company in 2015 for these same events with 25 million of euros.

Moreno has just reactivated the instruction with a car, to which EL PAÍS has had access, in which he claims data and reports to four organizations to assess which factors contributed to the price increase and to quantify the damage that consumers and marketers endured and distributors that act as intermediaries and that, as they have alleged, suffered millionaire losses. The judge asks the experts of the National Commission of Markets and Competition (CNMC) to issue a report that assesses all the documentation provided to the case and that “they did not take into account when making their initial report”.

That new information includes the testimonies of Iberdrola – four executives declared last year; and the company has provided internal reports and reports – and the documentation presented by the potential harmed. Some of the electricity companies have submitted briefs quantifying the losses that supposed price manipulation entailed. One of them, Axpo Iberia, says that its damage is around 30 million euros. These intermediaries were unable to pass on the price increase to their customers because they had previously set a lower price with them based on their forecasts.

The judge also asks the CNMC to calculate “as approximate and possible as possible” what the price of the PVPC – the regulated electricity tariff should have been – in the months in which the price alteration could have affected the market. It also asks you to indicate what the price of energy should have been without taking into account the price increase under investigation. These two proceedings had been requested by the Facua consumer association, which is represented as a private accusation.

The CNMC ruled in November 2015 that Iberdrola had fraudulently altered the market by increasing the supply price of its hydroelectric power plants of the Duero, Sil and Tajo rivers. I would have done so intentionally cut the production of hydraulic energy (the cheapest source of energy), so that the wholesale of the combined cycles (called pool) will come from the combined cycles, which are more expensive and end up marking a price highest end.

The regulator estimated that the company had caused an increase in the market price daily of about seven euros per megawatt hour. With this, it had obtained an estimated profit of 21.5 million euros and generated an impact of 105 million in the period between November 30 and December 23, 2013.

Iberdrola filed a contentious-administrative appeal before the National Court, which was suspended while the criminal proceedings are being settled, the first to be opened in Spain against an electric one for a crime against the market and consumers of article 281 of the Criminal Code.

Iberdrola denies the manipulation and ensures that the market price rose due to external circumstances: “High demands, low wind production, nuclear power plants unavailability and high gas prices in international markets.” The company adds that in that period there was a shortage of water and that the one that reached the reservoirs was 25% of what is considered normal for the time. He also states that he did not obtain any benefit, but that the increase in the market price hurt him.

Given the arguments of the power company, the judge asks in his car last February 5 to Red Eléctrica de España to provide information on the forecasts of electricity generation from wind and solar technology between November 30 and December 23 2013, when prices rose. For those same dates, it also asks you to report the “unavailability” of the wind and data of the installed wind generation power. It also requests wind production and installed capacity in that period in the years 2009 to 2012 and copies of communications received from electric power generators about “unavailability” of all technologies in December 2013.

Moreno also wants to check how the weather behaved in November and December of the years 2009 to 2012. Specifically, he asks for information on water precipitation and wind data. Finally, the judge asks the MEFF Futures Market (Derivative Products Market Management Company) for information on the prices and amounts negotiated in November and December 2013 on energy products and to send a report on the “impact and possible changes in the price derived from the increase in energy in the daily and intraday market ”.

Anticorruption prosecutor Antonio Romeral asked at the end of January the investigating judge to call José Manuel Soria, Minister of Industry, Energy and Tourism as witness, when the events under investigation occurred. In addition to his statement, he requested that of two executives of OMIE (the operator of the electricity market in Spain), another director of Red Eléctrica de España and that of the then Secretary of State for Industry. In his order, the judge assures that he will agree on these testimony statements “once the information and documentation requested has been received and the signaling agenda is adequate”.

The PP Government decided to change the system for setting the electricity tariff after the price escalation investigated by Anticorrupción, which the press described as “Tarifazo”. The auction on December 19, 2013 was suspended after finding “anomalous movements”. The price increased by 26.5%, which represented more than a 10% increase in the final consumer bill. With the decision of the Government they ended the so-called quarterly Cesur auctions, with which the so-called Last Resort Rate (TUR) was set since 2009, which marked the price of electricity for 19 million consumers.