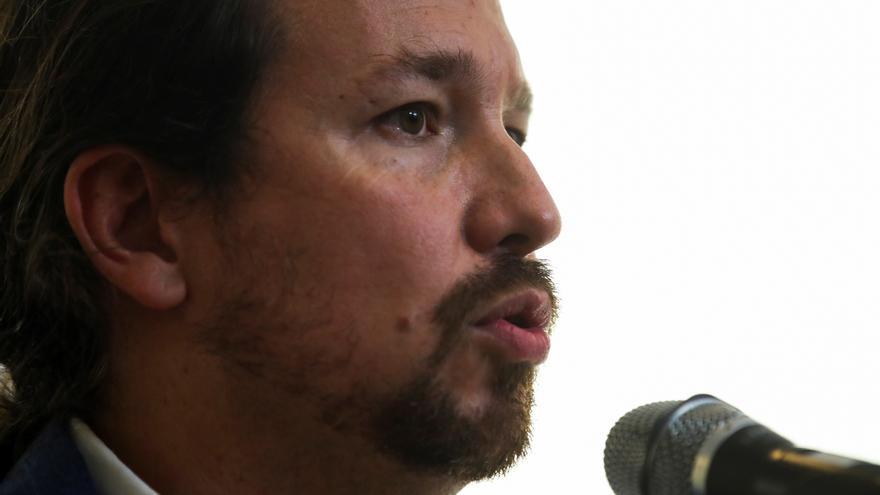 Judge Manuel García-Castellón issued a ruling last Thursday in which he ordered the officers who work as the judicial police in the Villarejo case to “take steps” to specify what Ricardo Sa Ferreira, partner of Dina Bousselham, was referring to at the time of the facts, when he declared in the National Court in March 2019 that he and the woman had recovered “some belongings” from the theft of his coat at the Ikea in Alcorcón in November 2015, a theft reported at the police station and that included the mobile phone of the then collaborator of Pablo Iglesias.

The magistrate has adopted this decision just after the result of the rogatory commission that he sent to the United Kingdom to deepen the indications that he has gathered against the second vice-president of the Government arrived at the National Court and that these international investigations have not given results. The technology company to which Sa Ferreira sent the mobile card in September 2017, once the leader of Podemos returned it to Bousselham, has replied that it received the device “physically intact” although its content was not accessible. The judge wanted to investigate the claim of the Scientific Police that the card was “partially burned” when the victim of the case handed it over to the court.

This last ruling of July 23 is not signed by García-Castellón but by the reinforcement magistrate in his court, Alejandro Abascal. The judge in the Villarejo case decided not to wait to return from the United Kingdom, where he was in an organized crime case, and transferred to the court the need to immediately release the order to the police, sources from the National Court report. A few dozen Police Internal Affairs agents act under the orders of the magistrate in the macro-cause called Tandem, which consists of thirty separate pieces ranging from the corrupt police contracts with the country’s second bank, BBVA, to his intervention in the espionage of Luis Bárcenas in favor of leaders of the Popular Party.

The order is produced, “given the state of the proceedings, in view of the progress of the investigation and revised the judicial statement given by the witness Ricardo Antonio de Sa Ferreira on March 29, 2019.” In that statement, the judge says, the witness assured that he and Bousselham had “recovered some belongings”. “It is agreed to transfer the aforementioned judicial statement to the Judicial Police in order for them to take steps in order to specify these extremes and all other steps that may be taken to clarify the facts,” states the court’s brief.

From the Villarejo case to the Iglesias case

Since the end of confinement due to the health crisis, García-Castellón has focused piece 10 of the Villarejo case on the role of Iglesias. With a January Scientific Police report and the Prosecutor’s proposal, the judge called to declare Bousselham and managed to get him to admit that she had made the damaging screenshots for Podemos and Iglesias published in at least three media and that he could send them To thirds. With this statement, Anticorruption and the judge agreed that Commissioner Villarejo, who had found a copy of the card at his home, was no longer the only suspect that this information had reached The confidential, The world and Okdiary, the three media that Internal Affairs pointed out in a report.

The next step was to withdraw the status of injured Pablo Iglesias with the argument that it can no longer be established that the published material was stolen and therefore it is not possible to attribute to someone the condition of victim of a crime that does not exist. Anti-corruption, with indications that the judge and the Prosecutor’s Office had since March 2019, then considered Iglesias allegedly responsible for the crimes of revealing secrets and / or computer damage for having kept the device, with information belonging to Bousselham, for at least six months since the people in charge of Interviú magazine handed it over to him and when he did, the card was illegible. In their report, prosecutors added that if, as it seemed, Bousselham did not want to act against him, the Penal Code prevented the attributing such crimes to the politician.

So far the joint action of the judge and the prosecutors. These proposed to García-Castellón that he quote Bousselham again and that she clarify his intentions regarding Iglesias. The magistrate refused and launched an investigation that has eclipsed the rest of the Villarejo case, leaving aside the indications against the commissioner, suspected from the beginning of having disseminated, in person or through third parties, the material of the Bousselham card. Villarejo, in provisional prison since November 2017, declared that he gave a copy of the card to the head of the PP’s political brigade, Eugenio Pino, creator of the parapolice investigations against Catalan sovereignty and Podemos.

Among the judge’s orders taken in recent weeks are the commission requesting the Welsh company or that Bousselham change his lawyer and stop sharing it with Iglesias. The now director of laultimahora.es In the meantime, he wrote to the magistrate to change the version and ensure that, contrary to what he said in March 2019, the card that Iglesias returned to him was in good condition. Iglesias cannot be formally investigated by the judge for being heard before the Supreme Court, but if the magistrate managed to gather sufficient evidence against him, he could submit a reasoned statement to the High Court requesting his accusation.