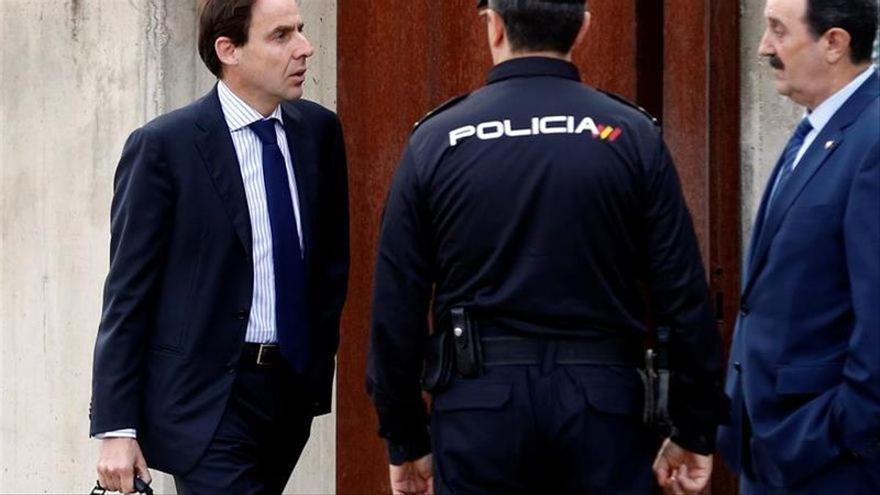 The judge of the National Court Manuel García Castellón proposes to try the businessman Javier López Madrid and the commissioner José Manuel Villarejo for a crime of bribery in relation to the “harassment” of Dr. Elisa Pinto, legal sources inform elDiario.es. The magistrate has just issued an order to proceed to an abbreviated procedure, against which there is an appeal, and thus leads the trial against López Madrid and the policeman for the alleged commission from the first to the second, when Villarejo was still active. The judge also directs the proceedings against Villarejo’s partner Rafael Redondo.

The judge in the Villarejo case opened a separate piece of the Villarejo case at the proposal of the Anticorruption Prosecutor’s Office, to exclusively investigate the possible hiring of the active police officer in charge of Juan Miguel Villar Mir’s son-in-law. Outside of that investigation, there was therefore the alleged harassment and “injuries with a dangerous instrument” that Villarejo had caused the woman on behalf of López Madrid. Due to these facts, the Madrid judge Belén Sánchez attributes to both a crime of harassment and another of injuries and is pending to issue an order to open an oral trial.

Among the documentation seized from the commissioner, different indications have appeared of the aforementioned hiring of the policeman by the powerful businessman. One of them is revealed in the indictment issued last November by García-Castellón. It is about a conversation that Villarejo has with third parties in January 2017 in which the policeman affirms: “I, when everything is over, when I put the complaint against the turkey and all those who have helped him and such and such, I will speak with him, with Javierito … Give me a little bit of dough, because you have put me in a “ballpark” and you haven’t even called me to tell me … (…) I am going to tell him: little boy, damages “.

The judge reproduces the affirmation of the Anticorruption Prosecutor’s Office in which it describes this hiring of Villarejo, disguised as “crisis management”, as the “faithful reflection of the corruption that for years had infected a group of officials of the National Corps of Policeman”.

In May 2017, Villarejo wrote in a personal diary, also seized, the fear he felt that Dr. Pinto would point him out in a recognition round ordered by the Madrid court, as it finally happened, which led to his accusation . On two previous occasions, Commissioner Eugenio Pino’s Deputy Police Operational Directorate had managed to exempt the policeman from his assistance alleging alleged work trips abroad.

García Castellón himself, as an instructor in the Lezo case, sent López Madrid to trial for the Navalcarnero train case. The son-in-law of the OHL founder will sit on the bench for corruption together with the former president of the Community of Madrid Ignacio González. López Madrid is still charged in the case of irregular financing of the Madrid PP, in the framework of the Pínica case, and has already been sentenced to six months in prison for the Caja Madrid ‘black cards’.