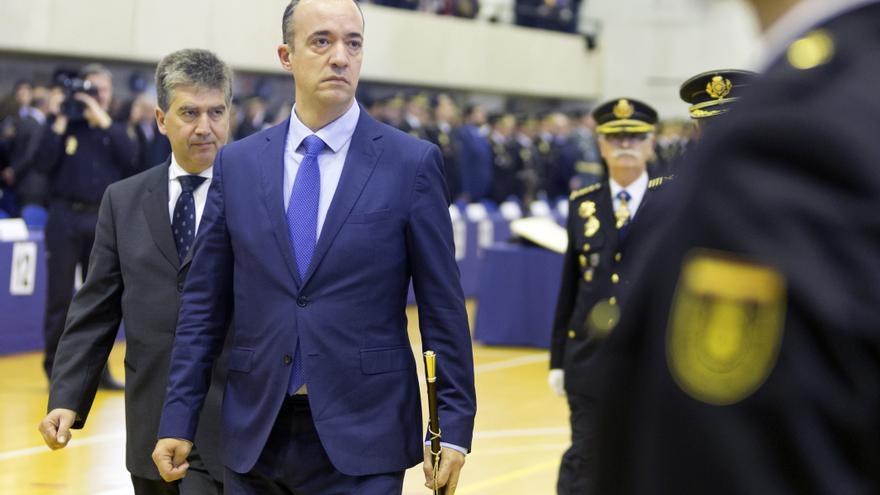 The judge of the Villarejo case, Manuel García-Castellón, has summoned to declare Francisco Martínez, number two of the Interior with the Popular Party, as part of the investigation into the espionage against Luis Bárcenas. This second statement by Martínez will take place once he has received authorization to testify on matters declared secret, specifically the use of reserved funds. García-Castellón has summoned Martínez next Monday, July 20, at 9:30 a.m.

The magistrate agreed to lift the secret on the documentation that the Ministry of the Interior sent him about the espionage to the treasurer of the PP Luis Bárcenas, once it was declassified by the Council of Ministers. The instructor thus responded to the request of ex-number two of Interior Francisco Martínez, charged in the case to testify on reserved matter after investigators seized his mobile phone the day before the state of alarm came into force.

Martínez, Secretary of State for Security with Jorge Fernández Díaz, accepted his right to testify when the judge named him as investigated on January 24. On May 22, his defense expanded the reasons for his refusal to give a statement, ensuring that he must refer to classified material and that he needed the guarantee that he, as had happened before in part 7 with police officers, that he could refer to he without committing a crime of revealing secrets.

In that letter, Martínez asked to appear again and that the secrecy of the case regarding the resolutions of the Council of Ministers be lifted to find out whether the issues that he had to say before the investigating magistrate were still protected or not. García-Castellón has issued a car, to which eldiario.es has had access, in which he assures that “said claim, in the current state of the investigation, is adequate and proportionate to the state of the investigation and does not hinder or hinder secrecy agreed. ”

In his brief, former number two of the Interior in the stage of the political brigade requests that the National Audience ask the Council of Ministers for “the documentation that could be prepared or received at the State Security Secretariat, in which the expression appears Operation Kitchen, kitchen police operative or a similar one, including the accounting records of the reserved funds that correspond to managing the Coordination Cabinet of the Secretary of State for Security, in which the same references to the aforementioned police operation appear. ”

The Ministry of the Interior, with the prior authorization of the Council of Ministers, has already sent various documents to the court, according to sources in the case, on the costs of spying on Bárcenas. Judge García-Castellón has decided to lift the secret on the declassification approved by the Council of Ministers in December 2018, which was adopted on May 10, 2019 and the Interior’s response to the request for information that the court made in November 2019.