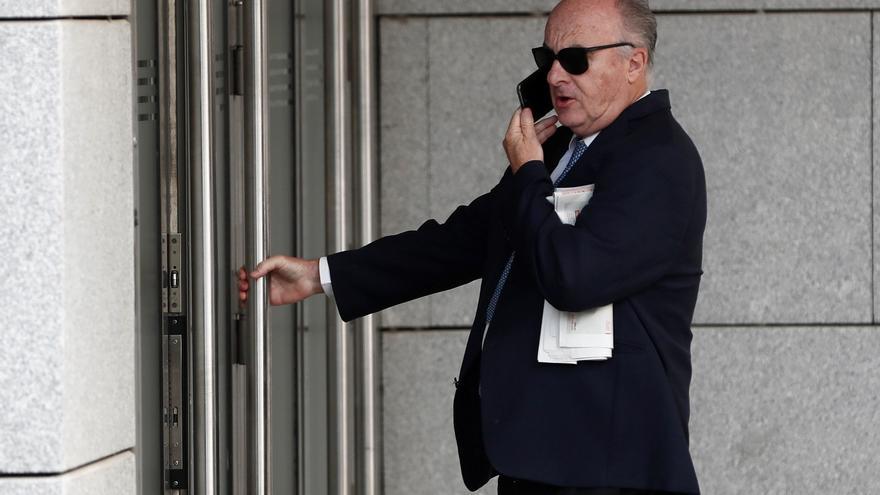 The judge of the National Court Manuel García-Castellón, who instructs the piece ‘Dina’, has made known to the General Council of the Judicial Power (CGPJ) the campaign of personal and professional discredit and intimidation that he claims to be suffering in the last hours in social networks and in “some media”, and that would place him “in a situation of helplessness and professional discredit”, reports Europa Press.

The magistrate indicates that the messages against him are repeated and amplified by many leaders, “among them some members of the Government of the Nation.” In this sense, it denounces that those leaders with their own visibility of the institutional role they represent and the attention they receive from the media, “point directly to this magistrate and, knowing the repercussion that his words may have, place him in a situation of absolute helplessness and professional discredit “.

In a four-page letter addressed to the president of the CGPJ, Carlos Lesmes, the head of the Central Court of Instruction number 6 of the National High Court denounces this public campaign that has been initiated against him since the reasoned statement was made public two days ago raised to the Supreme Court in the framework of the investigation carried out in the piece ‘Dina’ of the macrocause ‘Tándem’.

In that reasoned statement, of which the Supreme Court has already requested a report from the Prosecutor’s Office, he submitted to the consideration of the high court the investigation of the second vice president of the Government and leader of Podemos, Pablo Iglesias, and the third vice president of the Congress of Deputies, Gloria Elizo, -both measured-, as well as four other people. It requested that Iglesias be investigated for the crimes of discovery and disclosure of secrets, aggravated by gender, computer damage and false accusation or report and / or simulation of the crime.

This piece specifically investigates the theft of the cell phone of the former Podemos advisor Dina Bousselham in 2015 and the subsequent use of the data it contained – there were certain files that appeared in the registry of the house of the retired commissioner and in preventive detention José Manuel Villarejo–.

Now in his brief, García-Castellón explains that this campaign intends to reduce the credibility and validity of the arguments presented in his reasoned statement, delegitimize the exercise of the judicial power and its magistrates, and intimidate the judges who may make decisions that affect the authors of the the campaign, in addition to spreading the idea that the exhibition is not the result of his legal conviction but of “a kind of political strategy of greater scope that would seek to weaken a political organization.”

Anti-terrorist meeting in the Police

The magistrate attaches the complaint that he presented to the Police yesterday due to the nature and seriousness of the messages sent against him and that “could be considered a criminal offense.” The anti-terrorist leadership of the Police met yesterday urgently to analyze the messages collected by the expert agents in social networks and assess their severity, police sources inform elDiario.es. The material found is, provisionally and according to the police analysis, allegedly threatening and defamatory.

Finally, the magistrate states in his brief that in his 42 years of professional practice he has never been subjected to a campaign of personal and professional defamation of this level. Remember that in your court you have investigated cases that affect a good part of the parties with parliamentary representation, business organizations and other institutions, having made decisions of a very different nature and “there has never been a reaction comparable to that which is taking place at any time. at this time, and that has motivated the referred complaint “.

The letter includes an extract of the messages published that have motivated his complaint, and in some you can read that they call him ‘facha’, prevaricator, corrupt or mafioso. In another of them it is suggested that he is bribed by the leader of the PP.