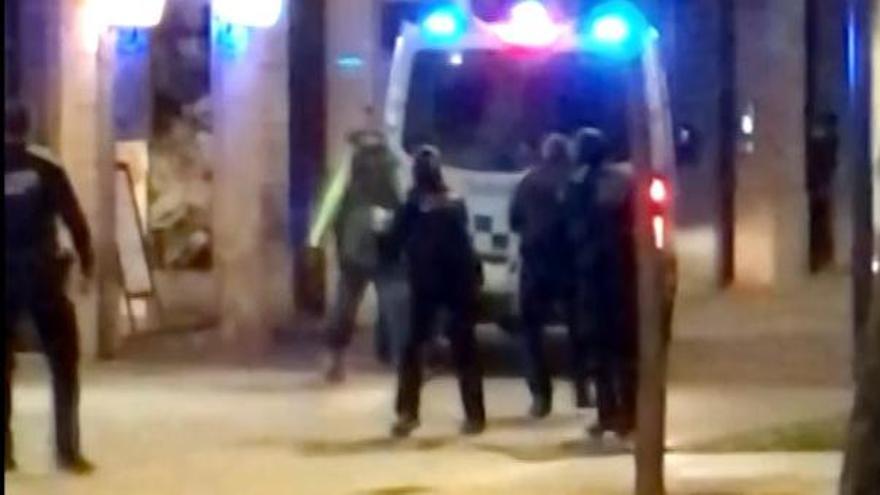 The investigation into the shooting of a homeless person last Saturday in Barcelona is currently limited to the actions of the homeless person. The court on duty has received this Tuesday the report from the Mossos d’Esquadra about the shooting and based on the information provided by the autonomous police investigates the homeless for a crime of attack on the agents of the authority. The man, wounded in the abdomen after being shot by an Urban Guard agent, has been released.

The investigation must determine whether the homeless man threatened the agents with a knife. This is supported by the Barcelona City Council based on the story of the agents who carried out the events. According to the consistory, a 43-year-old homeless man tried to attack police officers with a knife and one of them drew his pistol and fired twice, wounding him with a bullet in the abdomen. The patrol had moved to the Paseo de Sant Joan, in the center of the city, following a complaint from a neighbor that there was a person who was causing a nuisance on the street.

By cons, several eyewitnesses to the events deny the police version and they deny that the homeless attacked the agents with a knife. The urban guard who shot, that as it shows the video published this Monday by this newspaperHe had the weapon drawn while he was chasing the homeless man along the Paseo de Sant Joan, he is still active, although he cannot carry out operational tasks because his weapon is owned by the Mossos d’Esquadra.

As reported by the president of the Arrels Foundation, Ferran Busquets, the state of health of the homeless man shot, who is admitted to the Sant Pau Hospital in Barcelona, ​​has improved.