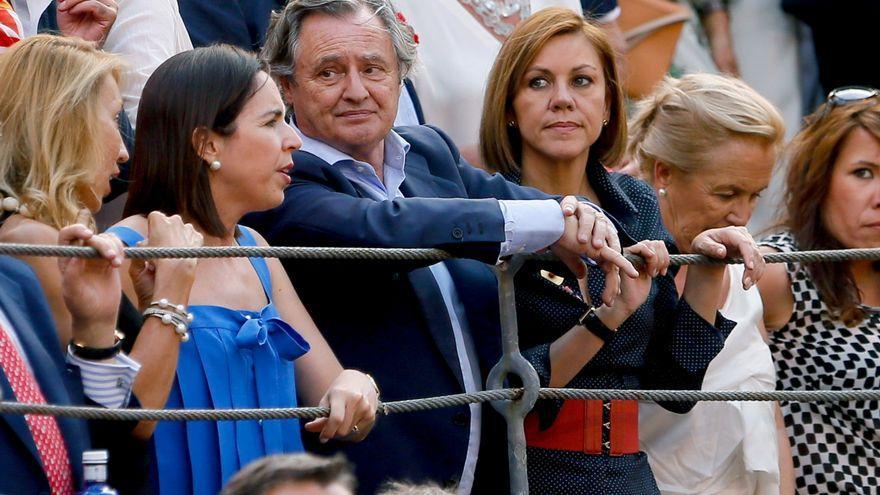 The judge of the National Court Manuel García Castellón has agreed to summon the former secretary general of the Popular Party María Dolores de Cospedal and her husband, Ignacio López del Hierro, as investigated for crimes of bribery, embezzlement and influence peddling in the piece he is investigating espionage with funds reserved for the former treasurer of the formation Luis Bárcenas.

The summons comes eight months after it was requested by the Anti-Corruption Prosecutor's Office, which requested that the former leader of the PP and her husband were called to testify while requesting that measure for former Interior Minister Jorge Fernández and his number two , Francisco Martínez. Fernández and Martínez were summoned at the time and continue to be investigated. Cospedal is summoned this afternoon in Congress to appear before the parliamentary commission on this Kitchen operation.

In a car dated this Tuesday, June 1, García Castellón also cites the same crimes as former Chief of Cabinet of Cospedal, José Luis Ortiz, to Martínez and Villarejo. Cospedal's appearance will be on June 29, at 10 am, López del Hierro and José Luis Ortiz will testify on June 30 at 10 and 12, respectively, while Villarejo and Martínez will do so on July 1.

Regarding the summons as investigated by Cospedal and López del Hierro, the magistrate explains that it should be agreed once the necessary statements have been made to advance in the clarification of the facts - about twenty investigated and witnesses - and the documentation received. It is at this moment, according to the judge, "when the piece is glimpsed with the necessary maturity to put the preparatory phase on track, being already in a position to resolve on the declarations interested by the prosecutor in his day."

The latest evidence against Cospedal was handed over to the judge by Internal Affairs a few weeks ago. This is the detailed analysis of thirteen new agendas found in Villarejo last December, within the investigation for the alleged attempt to sell information on the commissioner from prison.

The judge explains that Villarejo's agendas make it possible to temporarily locate the birth of the so-called Operation Kitchen, which takes place on July 11, 2013 with an annotation next to the initials CHISO, which reads: “Talk 45 minutes. Plan against LB. Interv.Communications, records and summons of woman and child ”.

It is at this moment when, according to the judge, a "chain of annotations" is detected that allows to infer the participation of Cospedal and López Hierro in the "recruitment" of Sergio Ríos, the driver of the Bárcenas, accused of being the mole of the political police and having stolen documentation from the family to give it to the police. According to the magistrate, the “intervention” of both through Andrés Gómez Gordo —a policeman who worked on leave of absence for Cospedal in Castilla-La Mancha and who returns to the Police to control the driver— “apparently could have been decisive for him to decide to participate ”.

Villarejo's notes on his contacts with López del Hierro also appear on the diaries. "He is in charge of talking to Andrés Gordo", says one of the notes on "ILH" [Ignacio López del Hierro] that Villarejo notes on July 18, 2013.

In an Internal Affairs report, to which you have had access elDiario.es, the police officers give credibility to Villarejo's agendas because their notes coincide with facts accredited during the investigation. "These are handwritten annotations that, like a personal diary, are incorporated into different notebooks or diaries with a record of the date and seem destined for the private reading of the person who made them," the agents write.

In the context of the events investigated, according to García Castellón, the appearance of the former head of the Cospedal Cabinet Jose Luis Ortiz on Villarejo's agendas is also striking. "This account of the investigating commissioner to the former Chief of Staff of the president of an autonomous community [en alusión a Cospedal] it lacks any logic ", maintains the judge, who affirms that" it would be convenient "for his statement about his participation in the plot to be obtained.

The instructor also considers it necessary to re-question the former Secretary of State for Security Francisco Martínez to corroborate the passages of Villarejo's agendas in which, according to the judge, the fluid relationship that they both maintained, even before Martínez was appointed, draws attention. Secretary of state. From the reading of the analyzed messages, the judge points out the importance that the matter had for Martínez, “who directly assumes the obtaining of information on a daily basis, being especially surprising that the Secretary of State gets involved to that level in a matter of this nature ”.

The Kitchen piece was opened in 2018 to investigate the signs of a "parapolice" operation within the Ministry of the Interior to sabotage the cause of box B of the PP for the benefit of leaders of the Popular Party who would have managed that irregular financing and collected bonuses from the black money of entrepreneurs.