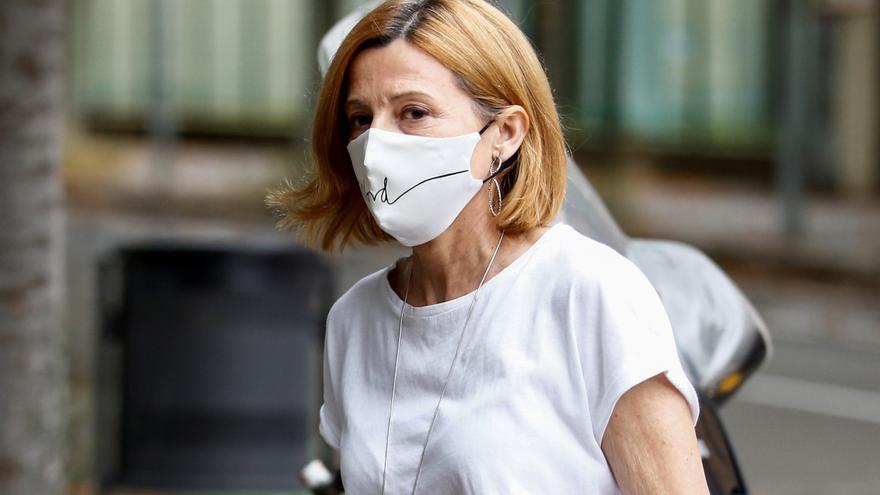 The prison surveillance judge has endorsed the semi-release of the former president of the Parliament Carme Forcadell and the former Labor Councilor Dolors Bassa, considering that the “criminal severity” and the length of time of the eleven and twelve year prison sentences to which they were Convicted for sedition “do not constitute insurmountable obstacles” to the third degree granted to them by the prison services of the Generalitat.

Bassa and Forcadell were the only prisoners of the procés that remained pending to know if the Justice endorsed their semi-freedom in the first instance. In the case of the seven men imprisoned in Lledoners, The judge already gave her approval to the third grade in August, although he left it on hold until the Supreme Court ruled on it, which as the sentencing court has the last word on the semi-release.

In a car, the head of the prison surveillance court 1 of Catalonia rejects the appeal of the Prosecutor’s Office – which has been opposing any relaxation of the prison of the procés prisoners – against the third degree of the independence policies. However, as established by the penitentiary regulations, once the Prosecutor’s Office appeals to the Supreme Court the semi-release of Bassa and Forcadell will again be suspended pending the ruling of the High Court.

The judge disputes the main arguments against the third degree of the Prosecutor’s Office, which considered insufficient the fact that those convicted of sedition recognized the facts for which they were convicted, assumed their responsibility and that some of them even denied the unilateral way and admitted that they could have acted differently in the process. “Effective detention is the only way to make the offender aware that he cannot abuse the situation of power he held by turning his own will into law,” the Prosecutor’s Office repeated in its writings, who insisted that “recognizing the facts and accepting the consequences is not recognizing the crime.”

“The seriousness of the crime and the compliance time, in sedition proceedings, do not constitute insurmountable obstacles if the response to prison treatment is adequate,” the judge replied to the Prosecutor’s Office. In the case of Bassa and Forcadell, the magistrate indicates, both policies “recognize” the facts for which they were convicted and their consequences “without renouncing ideology, which is obviously not punishable.”

Forcadell and Bassa, the judge continues, exhibit “adequate resources” to “address alternatives” to the facts for which they were convicted and present an “intimidating effect of the sentence”, which substantially reduces the possibility of re-offending . Both have stated that their future plans are to retire and live as a family. His refusal to return to politics, coupled with the fact that sedition is his first criminal conviction, makes his risk of recidivism low. For all this, the judge is favorable to the third degree.