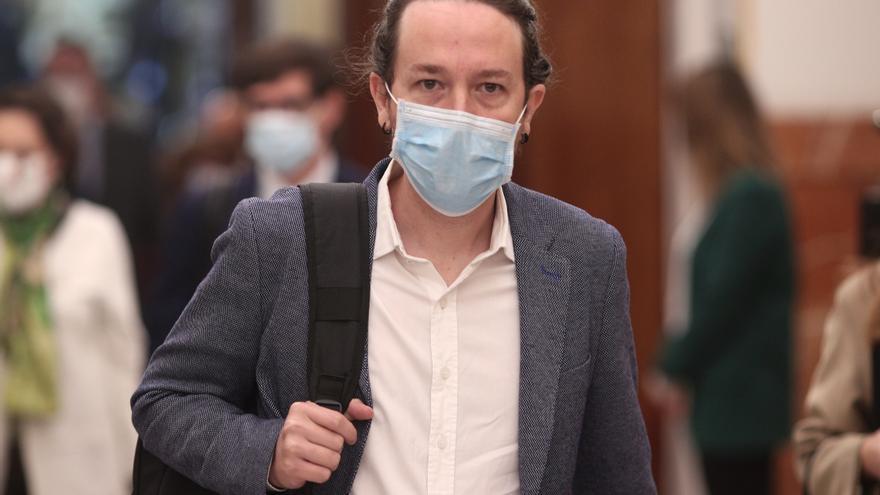 The court of instruction number 42 of Madrid has summoned Carlos García Ramos, one of the two joint administrators of the United We Can electoral coalition – the other was already investigated – to testify as the accused, for the contracts signed with the political consultancy Neurona on the occasion of the general elections of April 28, 2019.

The head of this Madrid court, Juan José Escalonilla, has summoned García Ramos to testify on November 13 at 12:30 pm for an alleged electoral crime, according to the court order, to which Europa Press has had access.

Escalonilla has insisted that “there are rational evidence proving that the payments made to the commercial company Neurona Comunidad SL, established by public deed on March 19, 2019”, states the order, “were not intended to pay for any service lent on the occasion of the general elections of April 28, 2019 and qualifying as electoral expense ”

The contract between Podemos and Neurona, formalized on May 6 of that year but whose draft dates from February 25, was for the value of 363,000 euros that were paid with three transfers from one of the accounts whose ownership belonged to the electoral coalition and that García Ramos managed jointly with another administrator, Daniel de Frutos Ramírez.

For the judge, “said facts are expository of a diversion of money from said electoral account presumably constituting an electoral crime typified in article 150 of the Organic Law of the General Electoral Regime, (…) which can only be committed by the general administrators and of the candidacies, as well as by the persons authorized to dispose of the electoral accounts “.

Therefore, it has considered that it is appropriate to take a statement from García Ramos as the investigated. Such decision can be challenged by means of an appeal for reform within three days and an appeal within five days.

Last July De Frutos were already cited as being investigated; the Secretary of Communication of Podemos, Juan Manuel del Olmo; the party manager, Rocío Esther Val; and the person in charge of Purchasing and Finance of the training, Andrea Deodato; as well as the administrator and the contact person for Neurona, Elías Castejón and Eduardo López, respectively. All of them must declare between November 13 and 20.

In August, Podemos presented an appeal against the order that included these investigation procedures, although it complains that since then no news that Escalonilla has processed it before the Provincial Court, for which he has required a “procedural impulse” in this regard, arguing that the ‘morados’ are in a “defenseless situation.”

Archive of the investigation into the alleged ‘box B’ of Podemos

The cause stems from the complaint made in December 2019 by the former lawyer of Podemos José Manuel Calvente about four illegal cases: the electoral services contracted with Neurona and ABD Europa; the payment of 50,000 euros from the party’s Solidarity Fund to the association # 404 Popular Communication; the non-consensual access to the hard drive of one of the ‘purple’ workers – the lawyer Marta Flor -; and the irregular bidding of works, including those of the new national headquarters.

This same Friday it was known that Escalonilla has ordered the provisional dismissal of the case in relation to the alleged ‘Box B’ of Podemos. The judge has ruled out the crime of unfair administration by considering that “it is not anomalous or strange that the cash of the Solidarity Fund is destined to foundations or movements close to the political party”, according to another order advanced by La Información and to which Europa Press has also had access.

Thus, the case continues in relation to the other three alleged crimes reported, although the Prosecutor’s Office has recommended limiting the investigations to the contract between Neurona and Podemos for the general elections, considering that the other issues reported by Calvente are mere “rumors, suspicions or suspicions “.

In the case of Neurona, the Public Ministry appreciates the existence of “sufficient rational evidence of the perpetration of a criminal act”, indicating that “it is a company created ‘ad hoc'” whose real object would be “the party’s own financing from the electoral account “.

The Court of Auditors has already pointed out two types of crimes – electoral fraud and falsification in commercial documents – in the services billed by Neurona to Podemos as their preparation by the provider is not sufficiently accredited.

With all this, he has advised Escalonilla to keep Podemos as investigated because “it is more guarantor for him, inasmuch as it allows him to become aware of the investigation and guarantees that, if the result of the proceedings there are more indications of the financing, he can defend themselves and propose proceedings “.