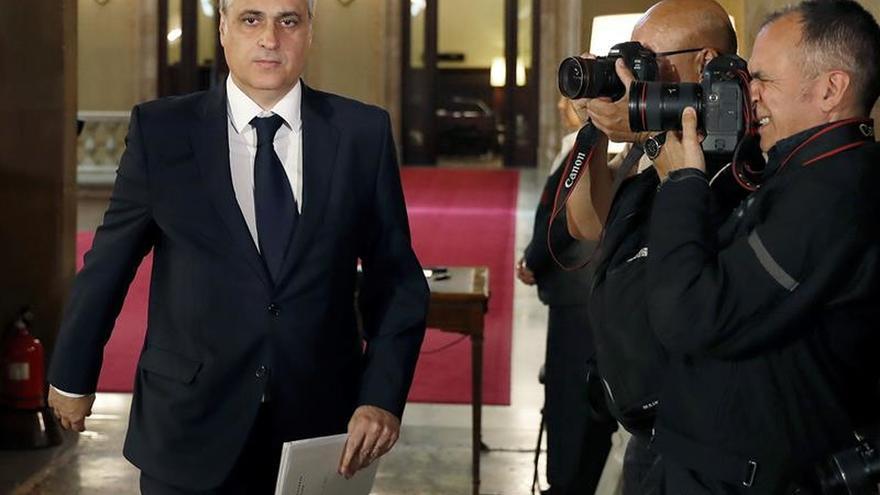 First consequence of Convergència corruption fan who ignited this Tuesday the ex-treasurer of the party Daniel Osàcar. The judge of the National Court José de la Mata has cited as accused the former minister of Justice and former manager of the Germà Gordó formation in the piece of the 3% case that investigates the party’s money laundering.

In a car, the magistrate thus attends to the request of the Anticorruption Prosecutor’s Office that asked him to summon Gordó to testify for a crime of money laundering. The magistrate cites him after Osàcar pointed to Gordó before the judge as “the person who directly and personally devised” the money laundering operation. Ex-manager and former manager are already processed for the main 3% piece, which will judge businessmen’s commissions to the party in exchange for public works.

The separate piece on money laundering investigates the alleged multi-channel structure put in place and the different illegal ways of the party to obtain resources. In the first place, the magistrate indicates, through hidden payments to the party, under the guise of donations, through foundations linked to CDC, CATDEM and Fundació Forum Barcelona. Second, by receiving large amounts of cash and, finally, by triangulating with companies that assumed direct payments to third parties for services rendered to the party.

To raise the amounts of money from businessmen’s commissions in exchange for public works, says de la Mata, CDC executives sought the collaboration of councilors and other high-ranking officials and launched a money laundering operation through a classic system of “Smurf”. Applied to Convergència, laundering would consist of each of these people entering the CDC an amount of money equivalent to that previously or later given by the party itself to the, in principle, supposed voluntary donor, with knowledge of its illicit origin.

“A conduct such as the one described, if proven, has undoubtedly criminal relevance, as the alleged ‘donors’ carry out this activity exactly to hide the true origin of the money entered into the party’s account,” concludes the instructor, who for now does not mention the name of the expresident Artur Mas, of whom Osàcar said he knew the dynamics of money laundering.

For the judge, the advance of the instruction has established that the donations could be acts of outcropping of money that had been delivered by the CDC from the crime. Among the elements that support it, it states that the amounts had a “surprising homogeneity” of 3,000 euros, that the dates on which they were produced are close, that the amounts were not membership fees, that they were not payments for contributions to the party made by their elected positions out of their public salaries or that did not correspond to a donation campaign carried out by the CDC, requesting an extra effort from its militants.

To the previous elements, the instructor emphasizes, the statement of Tuesday from Osàcar is added, who confirmed that the existence of an “operation designed with the purpose of laundering money generated by the CDC in an illicit way.” Thanks to the “donations” obtained, the judge indicates, the party was able to square the budget deficits that each year were generated by the difference between the expected income “with that actually generated by the party.”

According to the judge, Gordó identified each year (at least 2008 and 2010), a list of potential “donors” from among CDC members and supporters, and instructed Osàcar to call them personally, proposing that they make a donation of 3.00 euros to CDC by means of a bank check in exchange for receiving the same amount in cash “of illicit origin” that Osàcar himself would deliver by hand.

To carry out the maneuver, Osàcar was provided with a cash amount equivalent to approximately three thousand euros for each of the people included in the list – the eleven ex-minister and senior officials who are also charged in the same piece. Once this amount was received, Osàcar proceeded “as ordered by Gordó”, highlights the judge, to the people included in the list, he received the checks from those who agreed to participate in the operation, and gave them in exchange, to each one , 3,000 euros in cash.

“Receipts were extended and signed for the delivery of the nominative check and, as is logical, the same was not done with the delivery of the amount in cash, which was not documented in any way,” the instructor ditches. Finally, “Osàcar delivered the excess amount to Gordó personally and by hand,” according to the judge. The ex-minister, who has been proclaiming his innocence, will have the opportunity to respond next Friday.