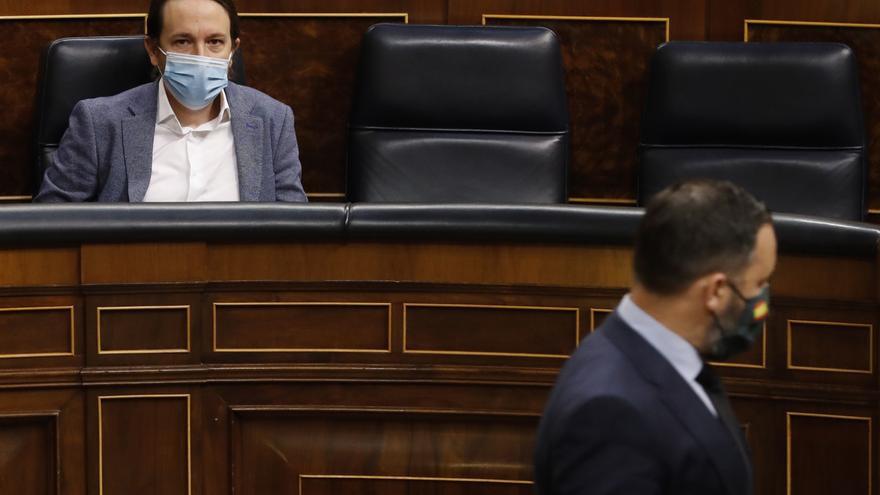 The judge of the Villarejo case, Manuel García Castellón, has accepted that Vox is a popular accusation in the Dina piece of that macrocause if he pays a bail of 15,000 euros. Opened as a result of the mobile phone stolen from a former collaborator of Pablo Iglesias whose content appeared in a registry to the commissioner, the judge has given a turn to judicial procedure in recent months giving priority to the evidence against the vice president, suspected of damaging the card of that mobile despite the fact that she exonerates him. A recent police report also removes suspicions against the leader of Podemos as the cause of the "damage" to the card.

Now the magistrate accepts the appearance of the extreme right party, although due to a “rectifiable procedural defect” the complaint he presented to the same court against Iglesias is inadmissible; his former adviser Dina Bousselham; her lawyer, Marta Flor, and the prosecutor Ignacio Stampa, one of the investigators in the case. As it is a formal defect, the judge has not entered to assess the merits of the complaint, although both Iglesias and the prosecutor are measured and can only be investigated by the Supreme Court.

In a car to which elDiario.es has had access, the magistrate highlights the “special interest” posed by the persona of the extreme right-wing formation “given that” with his request a copy of a complaint filed with the Anticorruption Prosecutor and that he has also received in his court the aforementioned complaint that, in essence, reproduces "the facts and the qualification contained in the complaint before the Prosecutor's Office."

In this complaint, Vox accuses Iglesias, his former adviser, her lawyer and the prosecutor of the crimes of false report, false testimony, simulation of crime, procedural fraud, influence peddling and disclosure of secrets for the content of a chat in the that the lawyer comments on certain information that the representative of the Public Ministry had allegedly supplied her.