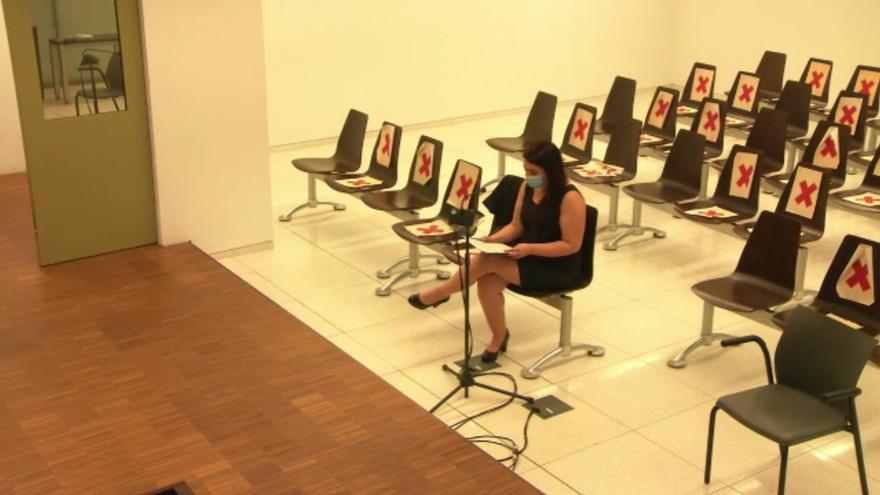 It was arrested in April 2018 for terrorism and rebellion by order of the National Court, confined to her town for more than a year and has finally been acquitted of the crime of inciting to commit public disorder. The magistrate of the 25th criminal court of Barcelona has acquitted the CDR activist Tamara Carrasco, whom the Prosecutor’s Office requested seven months in prison for calling to demonstrate and block roads against the arrest of Carles Puigdemont.

In her sentence, the judge ruled out that the audio that Carrasco sent through WhatsApp warning of future protests constitutes the incitement to public disorder maintained by the Prosecutor’s Office. “It is impossible to determine when the incitement to commit disorders occurs, and it is evident that the message sent by the accused does not give any slogan of this type,” the judge concluded.

It was this same audio message that, in the judgment of the judge, does not deserve criminal reproach that caused the arrest and search of Carrasco’s house for alleged crimes of terrorism or rebellion. The Prosecutor’s Office of the National Court even asked for provisional detention for Carrasco. However, the investigating judge flatly rejected the alleged crimes of terrorism and rebellion and limited the case to public disorder.

The dismissal of the most serious crimes did not lead to the lifting of the precautionary measure that prevented Carrasco from leaving Viladecans (Barcelona), with the exception of going to his job, for thirteen months. The National Court, before sending the case to the Catalan courts, argued that “CDR activity had not ceased” to keep Carrasco confined in Viladecans, even denying her permission to visit her mother when she broke her leg.