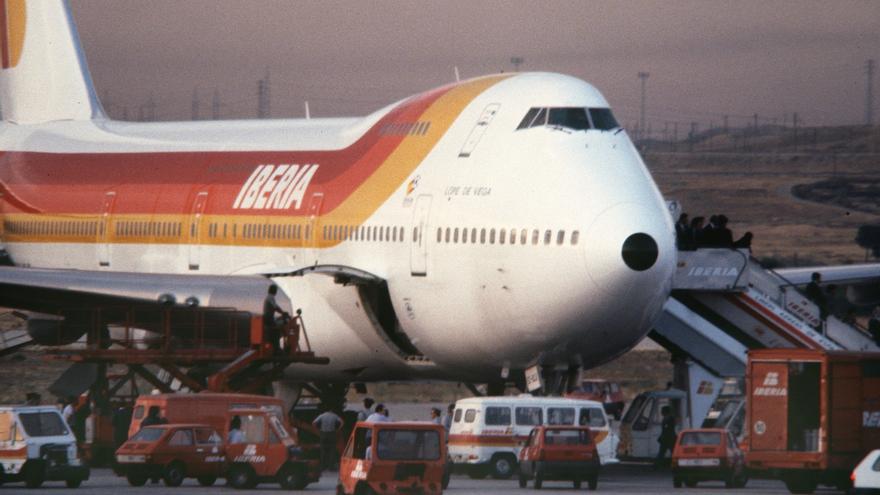 Madrid Sep 10 (EFE) .- On the 40th anniversary of the arrival of “Guernica” in Spain, two of the hostesses of the Iberia plane in which it was secretly transferred, tell their experience: “There was a great ovation, applause And joy”.

The “Guernica” landed in Madrid on September 10, 1981 – forty years ago today – in the hold of an Iberia commercial flight, the “Lope de Vega” jumbo jet. He was coming from New York and there were more than three hundred passengers on board, most of them tourists.

According to a statement from the Iberia company, when they stepped onto Spanish soil, the plane’s commander, Juan López Durán, informed the passengers over the public address system with the following message: “Ladies and gentlemen, welcome to Madrid. I have to tell you that they have been accompanying Picasso’s ‘Guernica’ on his return to Spain ”.

“When we got to the ground, the captain announced that we were taking the ‘Guernica’ with us, it was a great ovation from the entire passage, there was much applause and joy,” explains Beatriz Ganuza, one of the Iberia flight attendants who was traveling on the plane.

On the track, they expect a wide security device, but also authorities and the press. “When the door was opened, it was an event to see so many people and realize the magnitude of the event,” adds the hostess, now retired, in the statement.

Another crew member, Isabel Almazán, recounts how “fortunate” she felt when she saw the ‘Guernica’ for the first time in New York, at MoMA, but “even more excited”, when she found out that on her flight they had taken them to Spain Picasso’s masterpiece.

“When we opened the doors and there were so many people, at that moment I was aware of the great event we had experienced,” he explains. Every time she sees the painting she feels that she helped with “a grain of sand” to bring the painting to Spain.

Picasso’s work, considered the most emblematic anti-war cry in history, was painted in 1937 as a commission from the government of the Second Republic for the Spanish pavilion at the International Exhibition in Paris.

The painting, considered the masterpiece of the man from Malaga, is inspired by the bombing of the town of Guernica during the Spanish Civil War at the hands of German and Italian troops and with the collusion of Franco’s troops.

After being exhibited in Paris, the canvas and a series of accompanying drawings began a tour of different European capitals to attract attention to the republican cause until arriving in New York, where the painter decided to stay until Spain recovered “the democratic freedoms “.

More than four decades later and after years of negotiations with the family and the museum, the Spanish Government got its return in an operation called “Big Picture”.

Upon his arrival in Spain, he settled in the Casón del Buen Retiro, to later settle in the newly created Reina Sofía Museum, where he remains until now.

The Reina Sofía Museum today organized an open day on the occasion of the anniversary.