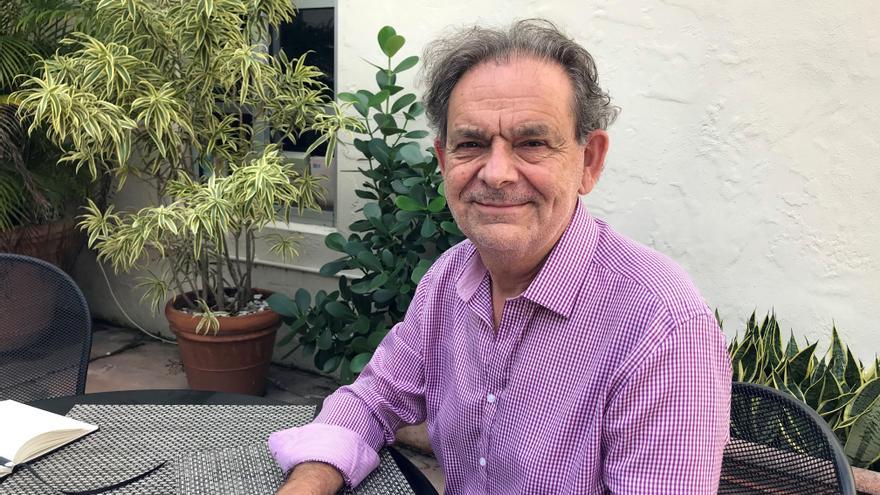 Miami, Mar 1 (EFE) .- With a camera from the early twentieth century, nineteenth-century lenses and using a complex technique invented in 1851, the artist Miquel Salom is portraying the monumental sculptures of the sought-after painter and sculptor Manolo Valdés, Spanish like him, that are part of the exhibition “The Legacy” in Doral (Miami-Dade) for a book that will be another work of art.

Years ago Salom decided to take a trip to the beginnings of photography and today he is part of the select club of photographers who master and use the wet collodion technique.

Created by the British Frederick Scott Archer, this technique reached its maximum popularity during the Civil War in the United States and was used mainly for portraits.

In the second decade of the 21st century, it is astonishing to see Salom performing the 23 steps of the “wet collodion” and even more the result of the photographs that, commissioned by the Museum of Contemporary Art of Doral (DORCAM), he is taking from the monumental works of Manolo Valdés that populate the parks of this growing city.

Each photograph of Salom is unique and unrepeatable, like a painting or a sculpture.

TIME IS THE MATTER OF PHOTOGRAPHY

A great Menina de Valdés, which is a rereading of the famous figure of the seventeenth-century teacher Diego Velázquez, placed in a tropical park and photographed with a nineteenth-century technique, becomes an image outside of time and space, dreamlike and beautiful So much so that Salom’s tears escaped when he saw her.

“The matter of photography is time”, says to Efe Salom, who has precisely given the name “Tempus fugit” (Time flies) to an exhibition of “alumitypes”, as the aluminum plates that are the support of his works, which he inaugurated last Friday at Deering State, south of Miami.

Salom completed a 2018 residency at Deeering State, the immense estate of an early 20th-century magnate, commissioned to portray “the beauty of the place” with his century-old Deardorff 8-by-10-inch (20 x 25-centimeter) camera.

The result is “Tempus fugit”, which owes its name to the phrase of the poet Virgilio that Miquel Salom saw inscribed on the sundial of the church of his native Santa María de Camí, on the island of Mallorca. That phrase was engraved on him forever.

Photography is the “leitmotif” of the life of this Majorcan who, before going back to the beginnings of this art, spent 25 years taking photos for tourist and hotel companies.

According to his account, he toured 53 countries with his camera, which was not his beloved Deardorff at the time, on which he spends many hours hunched over and under a cloak analyzing, composing and realizing the image he was looking for. “A real joy,” he says.

Sometimes it takes a week to perform an “alumitype”, since the wet collodion technique is complex and to achieve a good result a series of factors must be present, as if it were “an alignment of planets”.

He has already done half the work, which means that he has nine sculptures left to photograph for the book that the Museum of Contemporary Art of Doral, directed by Marcelo Llobell, wants to publish on the occasion of the exhibition “The Legacy”, by Manolo Valdés .

THE MAGIC OF COLODION IS REVEALED BY BUS

The Doral Museum of Contemporary Art has provided him with a bus conditioned as a laboratory that follows Salom in his sessions through the five places in the city where Valdés’s works are distributed.

It is another of the characteristics of wet collodion. The laboratory has to be very close to the chamber, as the development of the plate must start as soon as possible.

On board the “mobile laboratory” Salom performs all the necessary steps so that the image reaches its final state.

The obstacles and inconveniences in the process are many, but the main one is that the level of ultraviolet radiation is accurate. There may be clouds in the sky but they must be dense and the radiation must be high enough for the “magic” of wet collodion to occur.

Salom has also faced delays in supplies of the chemicals it needs due to the winter storm that hit the United States last week.

It had to stop for several days until the silver nitrate, a fundamental element in the development process, arrived, which had run out.

When talking about his passion for photography, Salom again mentions the transience of time.

“The fact of capturing the image is a moment that is already the freezing of the moment that will not happen again, something in which there is no way to go back. The only way is to observe the photograph”, says this artist who at some point of his life he was also an adult teacher at an institute in Palma de Mallorca.

In his travels as a tourist photographer, Salom met the great needs of many communities in Latin American countries and decided that his art would serve to alleviate them.

“Lumen Lucernae”, a project that he presented in 2018 at the Coral Glables museum, another city in Miami Dade County, served to bring electricity to several towns in northern Guatemala, and before he used the benefits of another exhibition to buy milk powder for Venezuelan children.