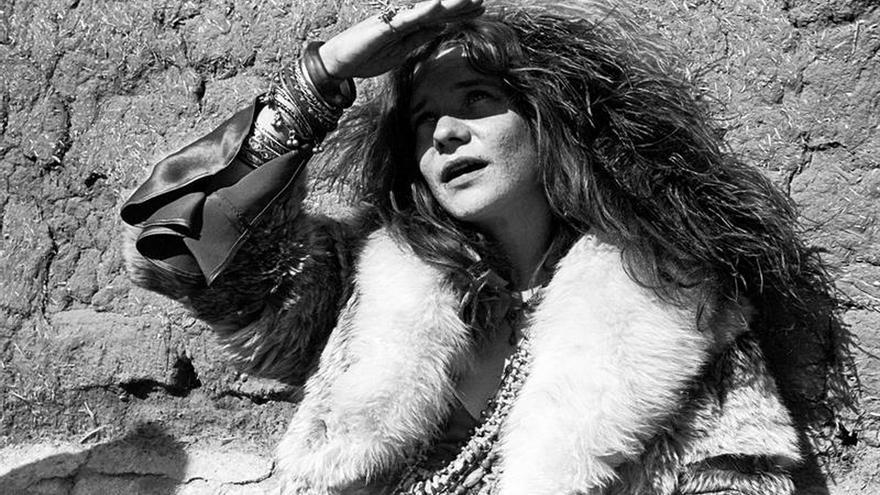 Even if he smiled, he couldn’t hide it. His sorrowful voice gave away a sad woman. Something similar happened with his skin, of a white race, which enveloped his mestizo entrails. Only when he sang did he reveal the error. Because his voice came from far away, from the cotton fields where the slaves chanted fatigue to the rhythm of a whip. For her there was no difference between singing and making love. The list of carnal contacts was varied. From women who gave him bourbon, to public figures like Jim Morrison or that other, Canadian and downcast-looking, whom he found in the elevator of the Chelsea Hotel.

From that meeting came one of the most beautiful love songs ever written; a theme infected by the Greek nostos, since the downcast Canadian had followed in Homer’s footsteps and dedicated himself to telling stories in the taverns of Greenwich Village.

Apparently Leonard Cohen had entered the hotel to see if he was meeting Brigitte Bardot. But chance wanted the melody to be different. “Are you looking for someone?” He asked, his voice drifting through the dust. She pretended to be interesting and said yes, she was looking for Kris Kristofferson, “Why?” To which he replied, “Because I am Kris Kristofferson.” What happened next is already recorded history for the remains in the grooves of the record memory.

Some time later, during a photo session with Richard Avedon, she confessed that both Cohen and Morrison were triggered, as Holly George-Warren collects in the definitive biography of Janis Joplin (Dome). “And then all of a sudden, around four in the morning, you realize, crystal clear, that there is nothing here but the bastard lying there. He’s not fucking me.”

On Saturday, October 3, 1970, Janis Joplin bought deadly pure Chinese white heroin. Janis knew it. Perhaps that is why, when he arrived at room 105 at the Landmark Motor Hotel in Los Angeles at dawn, he decided to try a subcutaneous spike. No pumping the syringe in your vein, it wasn’t going to give you a deadly high. But not even with those could he control the effect. He collapsed, his face hitting the nightstand.

His ashes were scattered from a plane along the coast of Marin County, and his friends went on a lysergic spree where they fornicated just like rabbits. To say the least, drugs ran, especially LSD.

Three months later, in January 1971, his posthumous album ‘Pearl’ would be released, a work that included the Kris Kristofferson song, ‘Me and Bobby McGee’, and an improvised song entitled ‘Mercedes Benz’, a song with an air of evangelical chant that Janis closes with a laugh after exclaiming ‘That’s it!’, or what is the same, “That’s it”.