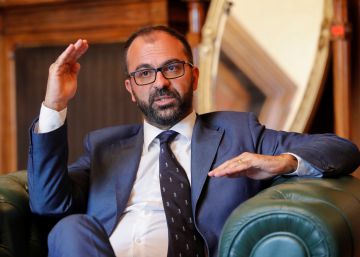 Asked by Reuters, Fioramonti has confirmed that on December 23 he communicated his “irrevocable resignation” to Conte and explained that it is because he has not obtained the money he considers necessary to improve the country’s colleges and universities. Fioramonti has already expressed his discomfort with the general budget for the year 2020 that was approved on Monday in Congress because he did not pick up the financial aspirations of his Ministry.

The departure of Fioramonti is a blow for the Government of coalition between the 5 Star Movement, of which the former minister is already part, and the Democratic Party, which began its journey last September after an unexpected agreement between the former rivals. As soon as the Government was formed, Fioramonti warned that he would resign if he did not get 3,000 million euros for the Ministry of Education. “It shouldn’t surprise anyone that a minister keeps his word,” he said Wednesday.

Fioramonti had proposed new taxes on air tickets, plastics or sugary products to increase the collection of the Italian State in the hope that some of that money would reach Education. In addition, as a strong defender of the environment, he had announced that Italy would become next year in the first country to teach a compulsory subject on climate change and sustainable development in schools.

Another of his controversial proposals was that ENI, the Italian energy giant, renounces the exploitation of oil to focus on renewable energy. “Sometimes I felt that I could receive more support from my own party for my proposals on the environment,” he confessed. “The 5 Star Movement was born ten years ago with a strong green base but it seems that something has been lost along the way,” he lamented. Despite his criticisms, Fioramonti has assured that he will continue to support the Government in Congress, where he occupies a seat.