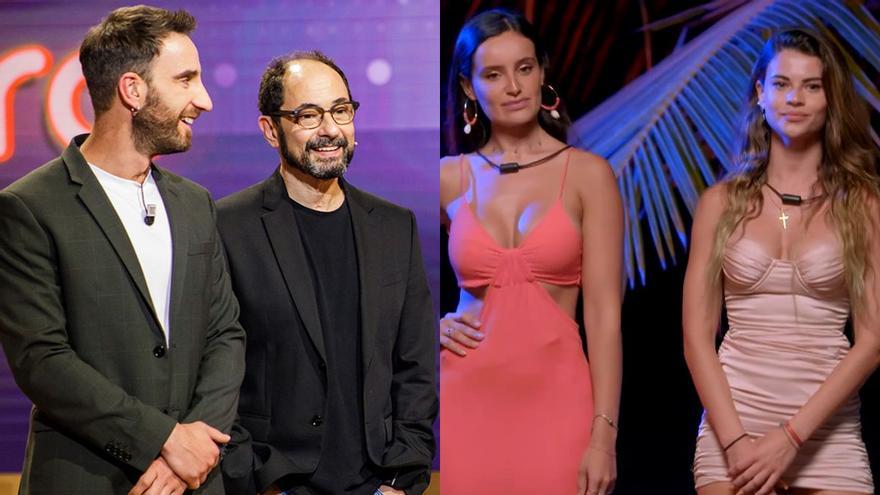 Telecinco broadcasts tonight (22:00 hours) a new program of 'The island of temptations', with the face to face between the protagonists and favorite singles of their partners. In this last joint bonfire, the boys on the one hand and the girls on the other, will try to draw conclusions about the moment their relationships are and what their partners feel after the approaches they have starred during their separate coexistence.

In addition, one of the most exciting moments of each edition of the format will be experienced with reading the letters that each of the protagonists wrote to their partner before embarking on this adventure and in which they expressed what they felt for each other.

On the other hand, Sandra Barneda He will break into Villa Paraíso again to offer the girls a unique opportunity: one of them will be able to see 10 minutes of images about the behavior of her partner in the other villa. The girls themselves will be in charge of deciding who has access to this privilege. The viewing will generate a whole torrent of emotions and confusion in the chosen one.

'Inocentes' on Antena 3 and 'La noche D' on TVE

After 'El hormiguero: stars', Antena 3 offers a new chapter in the Turkish series 'Innocents' (10:45 pm). İnci is unaware of the impact of his new job on Han, who faces a new threat to his family. In addition, you feel concerned about your inability to control things that happen around you. For his part, Gülben will now focus on someone unexpected.

Night of humor at La 1 with 'La noche D' (10:40 pm), whose delivery this Tuesday will be dedicated to laughter. Manolo Sarriá and Santi Rodríguez will learn first-hand the most incredible stories from the audience, while Jordi Sánchez and Cristina Castaño will play movies with Silvia Abril, Edu Soto, Mariam Hernández and David Perdomo. Dani Rovira the magic of Jandro, the four-time winner of the prestigious 'Penn & Teller: fool us' award.

Alberto Chicote leaves 'Off the map' (10:30 p.m.) on laSexta. In the first program, he will travel to 'The desert sands' in Bárdenas Reales (Navarra), in the company of Cayetano Martínez de Irujo. A place where the landscape will not leave anyone indifferent, since over the years a landscape of plateaus and hills has been created. It has been one of the locations of great film productions, series and advertising. 'La Ribeira Sacra' is the title of the second installment of the night, set in Parada del Sil (Ourense) with Ana Guerra as a guest.

Four bet after 'First dates' (10:45 pm) for two episodes of 'The good doctor'. In the premiere episode, a patient pregnant with twins suffers so much pain that doctors are forced to grapple with a decision that no one wants to make. The chain will next broadcast 'Mothers, love and life'.