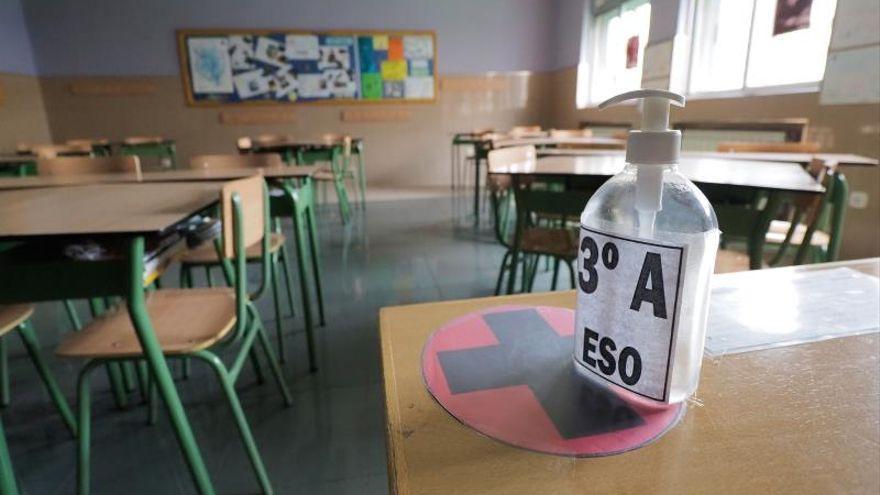 The financing of education in Spain peaked in 2009. And until today. Since that year, when 5.04% of GDP was reached, the curve has only taken one direction. Tenth to tenth, investment has fallen to the current 4.21%, according to the latest data published by the Ministry of Education in the State System of Education Indicators. The magic figure of 7%, considered the optimum for education, is getting further and further away.

It is true that absolute investment, in constant and significant euros, has had a different behavior, with decreases at the beginning of the decade and increases in the second half. But even so, it is still below what it was ten years ago, and since the increase in the items has been less than what the country's economy was growing, relative investment, the data used to measure the level of investment. and making comparisons between countries (it makes no sense to measure the total investment in education of a country like the US with another like the Netherlands, for example), it only goes down.

In Spain, the first snip came in the 2010 budgets, both absolute and relative. Mariano Rajoy is not the only culprit: José Luis Rodríguez Zapatero was still president. Just as true is that the PP embraced the idea on his arrival to the Government and took it a little further from the first moment. From 2011 to 2012, there was the biggest drop in educational investment in the history of Spanish democracy: 2,000 million euros less in the system (a 2% decrease) and two tenths less than a GDP that also collapsed, but less . Opening the focus a little, in the period 2009-2013 education lost almost 9,000 million euros, 16.6% of the game.

These were the years in which the OECD, by the hand of its educational director, Andreas Schleisser, explained that after a certain amount, which in his opinion Spain had reached, investment in education did not necessarily translate into improvements in the system. Montserrat Gomendio, who was number two in Education for the Minister José Ignacio Wert, spent 2013 talking about this issue. "In Spain we see that, having investment levels that are above the OECD [por aquel entonces], we are below the performance that would correspond to us ", he affirmed.

Gomendio argued that "most of the investment [en Educación] it has deviated to reduce the student-teacher ratio and improve teachers' salaries. "The secretary of state for the period 2000-2010 spoke, although that statement dates from 2013, when teachers had had their extra pay cut and frozen wages, and ratios had risen. The Wert-Gomendio tandem received a sector that had 50,343 million euros (4.73% of GDP) and left one, in 2015, spending 46,262 million, 4.29 % of GDP Although it was true that they had to manage the worst of the crisis, it is also, as Paco García, secretary general of the CC.OO Federation of Education, recalls, that cutting in this area was a government choice. He told the countries: "You have to cut costs." But he never said where.

This same situation has been occurring practically throughout Europe since the previous crisis began, starting in 2008 (see graph). Regardless of the starting situation of each country, the investment curves at best remain flat, if they lean they always do so in the same direction: down. The trend is independent of the starting point, but just as true is that this point differs. The largest (and richest) European countries exceed 5%, except Germany.

Be that as it may, the cut in the sector between 2011 and 2015 served to return education to its historical place, from which it has not emerged. The 4.21% that is invested in education today is very similar to the 4.3%, hundredth up, hundredth down, that there was during the 2000s. Observing the evolution in the graph, the anomaly seems more like the period between 2007 and 2011, when Spain thought it was rich, you could see cranes wherever you looked, and it touched 5%. This figure is what the current minister, Isabel Celaá, intends to reach in the short term.

For this, it will need the item for education to go up eight tenths, which is about 8,000 million. Another possibility is to maintain investment, a fact that in a context of falling GDP would automatically increase relative spending. Even if it manages to reach that 5% - there are no budgets yet - Spain will still be far from the optimal 7%. To achieve this you would have to increase your current educational spending by 66%.

The peculiarity of the Spanish model is called a concerted school. Financing private centers with public funds is not exclusive to this country, but Spain is one of the three Europeans where it occurs the most. The paradox is that while investment in the public network fell, state money for the private concerted network has performed better.

The observant reader will have thought - an argument used by the employers of the concerted school, mainly the Catholic Church - that the concerted school educates much cheaper: a quarter of the students with an eighth of the investment. The basic explanation for this mismatch is that the concerted one does not attend hardly educatively problematic population, which consumes much more resources. Nor is it present in the countryside: rural schools are much more expensive because they hardly have students. Many educational analysts maintain that this is the real reason that explains their survival - and even improvement - over time.

Although politicians, as has been seen previously, sometimes minimize the importance of educational spending, teachers at the classroom level are clear that it is a basic element to improve education. Elías Gómez, a teacher in Melilla, argued why recently on Twitter.

"We have been 40 years of democracy. Education has been modernized (...), but there has not been a conscious will to bet economically on public education. It was not necessary to spend a lot of money in a specific year, but to gradually increase resources until that they were adequate, "he explains. "And so we have (...) in many places third-world ratios. If we had reasonable ratios (15-20 students per classroom), almost nothing should have been adopted by September, and yet now we must comply with security measures that they are absolutely unfeasible. "

And it is not just the ratios that Gomez alludes to. The lack of investment has also been noted in infrastructure, an element that is now rebelling as a key to managing the pandemic. Since there was no money, new centers have not been built and existing ones have not been adapted. Outcome? Colleges and institutes host up to two to three times more students than anticipated when they were built. As has happened in many sectors, while things were going well this circumstance was not a concern. Until they have stopped going half well.